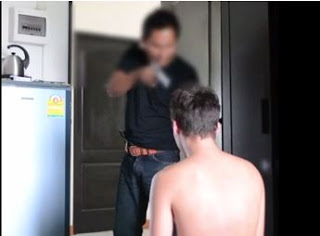 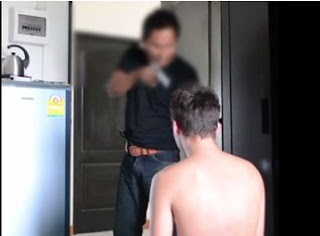 THIS IS THAILAND!
GO BACK TO RUSSIA!


This is not good. But its the clearest video I have seen about what appears to be the dark side of Thailand.  Unwittingly this half naked Russian was apparently dating the Thai man’s wife.


The Russian has since left Phuket. The Thai man has been arrested and had offered compensation of just over £200 reported the Phuket News’s Russian edition ‘Novosti Phuketa’.

Some Thai wives can be dangerous in a cross culture of misunderstanding craving for riches. Other people’s Thai wives even more so I guess.


Interesting that the Russian had the foresight to video what could have been his own death. He moved apartment quite quickly. Nobody’s counting on a high profile investigation or court case.