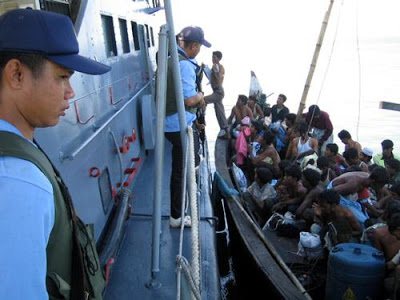 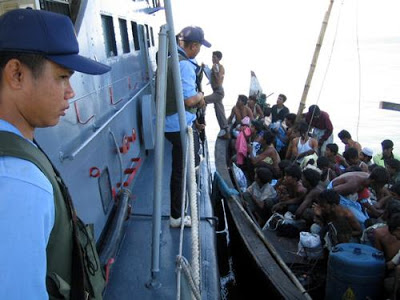 Just back from the Bank Holiday break to see that ASEAN
continues to demonstrate its racism internationally and continues to foot-shoot
over the Rohingya problem. I also see that the Thai economy is down, and Thai
Prime Minister General Prayuth Chan-Ocha has cancelled any attempts at major
reform of the Royal Thai Police.

The only star in the sky is Sanitsuda Ekachai, the Bangkok
Post’s voice of reason, a person of principal and ethics, who is having a
lonely life criticising Thailand and ASEAN’s action, or lack thereof over the
Rohingya problem.

Thailand can lie of course. This country usually does when
she is caught with her pants down. It’s a national characteristic, harking back
long before Thaksin and his cronies started eating KFC in the middle of the
avian flu crisis.
Thai Police officers of course have long since been implicated
in the exploitation of the Rohingya as they are transported through the country
and put into camps. The Thai Navy has also been exposed doing push backs of
Rohingya’s into the sea.
And now in an almost laughable move the Bangkok Post is
reporting how General Prayuth has now launched air reconnaissance looking for
Rohingyas stranded in boats to almost certain deaths – boats which the Royal
Thai Navy itself was pushing away to those almost certain deaths.
The purpose – none apparently other than they might offer
them some sort of assistance before pushing them on to other countries.
Meanwhile Thai social media indicates like in Burma that
no-one wants these Rohingya and the vitriol level is high.
Sanitsuda describes it as a ‘failure of our hearts’. 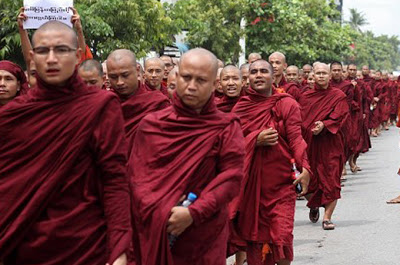 Burma’s (Myanmar’s) dealing with the Rohingyas, whom they
regard as Bengali, is of course, according to Sanitsuda “racism not Buddhism”.
When they took to the streets in Myanmar to demonstrate
against the Rohingya she wrote:

“If the Buddha’s
words were not important to them when they took to the streets, then what was?

“The answer is quite simple: racist nationalism. The monks
do want justice for people, but just for their own kind. Aren’t empathy and
non-exploitation the key words in Buddhism? Aren’t monks supposed to devote
their lives to deepening spiritual practice in order to see through the different
layers of we-they prejudice so that compassion prevails in their hearts, words,
and actions?

“Many people outside Myanmar were asking these questions
because the anti-Rohingya monks were the same ones who dared challenge the
government in 2007 to champion the people’s cause, and who themselves faced a
violent crackdown by the military junta.
“If the Buddha’s words were not important to them when they took to the streets, then what was?

“The answer is quite simple racist nationalism. The monks do want justice for people, but just for their own kind.”

Also laughable is the action by the Royal Thai Navy’s criminal libel action against journalists Alan Morison and Chutima Sidasathian of Phuketwan. The Thai Navy has merely joined criminals in abusing Thailand’s Computer Crime Act libel laws to stifle exposure of their activities. 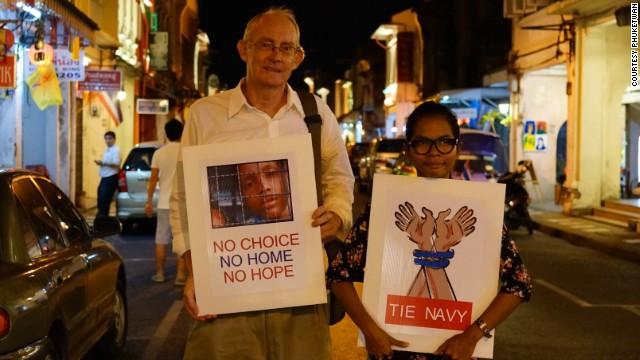 If this gets to court in the accusatory system Thailand has, together with its dysfunctional servants of the court, the only thing stopping a guilty verdict would be due to international publicity and loss of face – the main reason for the reconnaissance patrols. 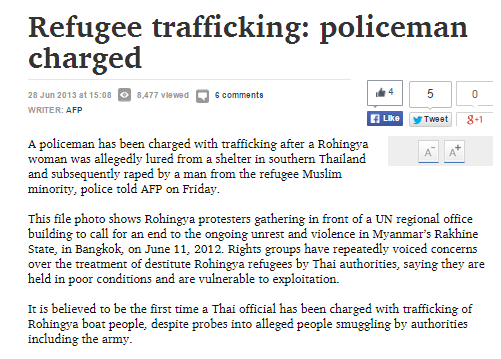 Actually over the period since this action was planned Alan and Chutima have written stories full of praise for the Royal Thai Navy (in other actions). I’m not so sure I would have bothered myself and I am sure be obsequious must have stuck in their throats. The Thai list of great naval victories is, after all,  in the red.
Prayuth Chan-ocha’s decision not to pursue the reform of the Thai police merely tells us what the status quo is. Not so long ago the Royal Thai Police and Thai Army were fighting over the spoils of the heroin trade. They have both been stuck into the Rohingyas.