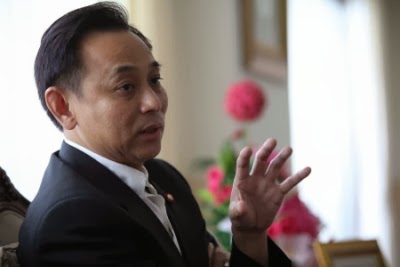 
As thousands of anti-government demonstrators continued to blockade the capital Bangkok complaining of the corrupt practices of the country’s Shinawatra regime, the National Anti-Corruption said it was also investigating the Prime Minister Yingluck Shinawatra for negligence as she failed to stop the corruption.

The announcement comes just a day after Prime Minister Yingluck insisted on going ahead with an election on February 2nd.

At the same time farmers from the government’s power base – the farming communities of north central and north east Thailand said they planned to block roads themselves if they were not paid for their rice.

The row is over a scandal hit rice pledging scheme under which the government guaranteed prices for rice from Thai farmers which were up to 50 per cent higher the market value. The government planned to stockpile the rice – thus forcing up world prices.

And to cap it all millions of tons of rice was smuggled from Burma and Cambodia and passed off as Thai rice and sold to the government even as the Thai farmers were still harvesting.

By June last year the government had lost US$4.4 billion dollars and now its coffers are empty and unable to pay the farmers.

The people who made the money were government ministers, officials, and middle-men – the latter being the very people the scheme should have cut out.

It would take a week, said Vicha, to decide whether to proceed against Prime Minister Yingluck Shinawatra for dereliction of duty.