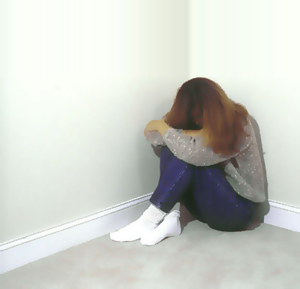 In answer to a recent story I wrote about the alleged rape of a British woman in Patong, Phuket, I have received this letter from a young British woman, who two years ago was the victim of a sexual attack in Thailand.  I was moved by this letter because it does so seem to capture so well what CAN happen to a woman here when she reports a sexual attack to the local police and reflects the issues I have come up against when dealing with sexual crimes against foreigners.

These include (1) the assumption that the foreign woman was up for it; (2) Repeated interviews by police officers who do not take notes before the actual officer in charge of the case takes a statement; (3) Ill considered press statements and if the case becomes high profile; (4) Looking for a scapegoat.

But there are units of the Thai police who can and have worked quite efficiently as in the case of the Katherine Horton rape and murder on Koh Samui and Embassy officials can be pro-active too.

‘Around 2 years ago, I went to the police after being attacked. They listened to the story then gave my supposedly confidential statements to the local journalist (who got it publish in a Thai National newspaper, something that I wasn’t expecting at all…)

When the police interviewed me I described the attacker’s build, eyes and his facial features. But the police didn’t seem to be interested in anything other than what his nose looked like and whether it was kind of squashed on the end (they kept repeating ‘jamuk dong my????’) something that I guess most westerners don’t really pay that much attention to.

I described his clothes and the fact that he had a wound on his belly. They weren’t interested (I didn’t see them take notes about any of this.) They wanted to know why I did not know what the model of his motorbike was, or it’s registration no.

A week or so later, the police tried to bully me into picking out a Hmong hilltribe guy, who looked similar to the man who had carried out the attack. They organised an ID parade. Later in the afternoon, after I’d said that I couldn’t see the attacker in the line up, they organised another, this time changing all the people, bar one.

The man’s family were all in the police station. They were shouting ‘not my son… not my son… my son in Bangkok’ in English, and saying in Thai that the knew my school. The father especially seemed very frightened that I would single out his son in the way that the police wanted me to.

I refused. A couple of days later, some of the people in the town where I lived at the time were saying that I deserved it (at the time of the attack I was travelling slone), or worse, that I was man mad and had paid the guy for sex.

It was not a nice experience.

I had to stay in the town (I’d just started a teaching job there) for several weeks before the gossip and wierd looks finally died out. Thankfully the teachers at the school I worked in, and the Thai friends I had at the time were all very, very supportive.

I didn’t realise that the consulate offered help in these circumstances. Even though the story (and the name of the school I was working at at the time) was printed in one of the Thai tabloids, no one from the UK Embassy in Bangkok etc. made any effort to contact me to find out what had happened or whether I was OK, although, at the time I didn’t realise that I could have talked to them.

A few months later, sitting on a bus going over the mountains I passed the place where I was attacked. The guy who carried out the attack was there, sat on his blue motorbike, playing with his mobile phone. I still can’t understand why the police were not able to find/arrest him, and why they were trying to pressure me into choosing someone else.

Eventually, after being given a print out of over 200 photos and told to pick out ‘a bad man’ from them, a friend in BKK advised me to tell the police that I couldn’t remember anything. I did. It seemed the only way to move on.

I now know why people who are attacked in Thailand rarely go to the police. They don’t help. If anything getting the police involved made things a lot worse, as what should have been a confidential issue became general news.

Thai people I hadn’t spoke to in almost a year called me to ask what had happened and why I had gone to the mountains alone (some of them spoke as if they thought that I had deserved what had happened to me…) Strangers also called me (I have no idea how they got my mobile no…), to ask whether I was the person in the news story or not. Being Thai, they probably had no idea how insensitive they were. When I complained to a friend about the calls, they just said ‘don’t think too much…’

I can also understand why, having been through the drama of dealing with the police, even fewer people press charges. I imagine that, if the real guy had been arrested, and if the case had been taken to court the publicity would have been even worse.

In the few cases I’ve seen when Thai girls do report rapes to the police, the girls morality, background etc. gets brought into question… which must make an already harrowing expereince even worse.

The western view is that rape (or a guy using force to make a girl carry out a sexual act) is always wrong.

Above: T-shirt carrying one of the less funny witicisms of US radio host Jim Norton

The Thai view (from what I’ve experienced) seems to be somewhat different. Some Thai people seem to think that girls provoke guys into wanting sex, and that if a girl does anything that might encourage a guy to make advances, however unwelcome, towards her(eg. travels alone with a group of Thai guys, drinks whisley, dresses provocatively etc…) it almost like she deserves whatever (and whoever) comes after. And sadly, for Thai girls, rape often turns out to be gang rape.

And, to some Thai teenagers the shame of admitting that you were raped (and having to tell family, friends, the police etc… the details), is seen as being almost as bad as the actual thing itself.

A friend in Bangkok once told me that there’s a slang word for gang rape, ‘wieng tien’ (the same word that Thai people use when they talk about walking around the chedi in the temple holding a candle…) and that it happens (esp. to teenagers in upper matayom/ at technical college/uni. etc) more often than most westerners would like to believe. He joked that the Thai guys get a girl drunk then take turns, and told me that we westerners should feel lucky that western guys don’t usually behave like this towards us.’