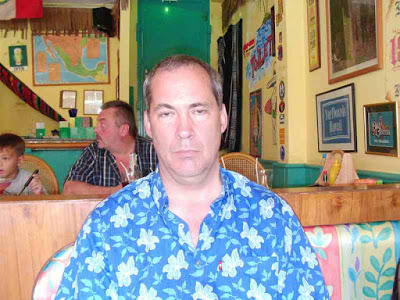 CAN I STAY IN THE U.S FOR XMAS?


Con man Drew Noyes, the American phony lawyer, and self-appointed international advisor to the Mayor of the seamy Thai resort of Pattaya made an astonishing plea to the Thai appeal court today. 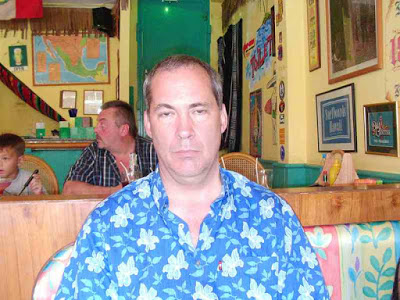 “Please can you tell me the result of my extortion appeal before I return”, he begged judges in Pattaya through his lawyers, asking to see if his conviction and two year jail sentencehad been overruled.

This was an unlikely scenario as he was the subject of a police sting operation.  But judges refused to read the result without Noyes present anyway,

His common-law wife Wanrapa Boonsu the majority owner of the Pattaya Times newspaper which Noyes published was at the court – along with his ex-wife Nittaya Chaisit , who Noyes had announced was going to America to look after the children by him.

She was there to tell the court she was ‘getting’ an American visa to go and look after her children.

Repeated claims on Facebook and Twitter that he was returning to Thailand for his acquittal were of course a sham.

An attempt to mediate was made at the last minute.  This was also an irregular situation as the case was a joint prosecution by police and Goulet.

Lawyers for Michel Goulet and the Thonglor Beauty Clinic in Pattaya categorically refused.

Drew Noyes had tried to take them down for 7 million Thai baht – telling Michel Goulet that if he did not cough up his premises would be raided, illegal substances would be found, and he would receiving damning publicity in the Pattaya Times – a newspaper Drew Noyes had set up to attack his enemies and promote his ‘legal service’ for foreigners.

Noyes defence appeared to be that there was some sort of conspiracy against him. The cash requested was only for advertising in the Pattaya Times.

Noyes told lawyers he could not appear as he was settling his children in the United States.

It is believed he has taken five of seven children by Wanrapa Boonsu and Nittaya Chaisit.  However one of Chaisit’s children refused to go, and one of Wanrapa’s younger children also stayed.

Noyes left behind another daughter– by a former employee at his One Stop Service Center, and made no claim on a child it is reported  he had by Nittaya’s  14-year-old niece.

Noyes’ long range of scams on tourists and expats in Pattaya appears to be now at an end.  In a resort known for its corruption he easily made friends with judges, police colonels, army generals,  and immigration officials – and had some success in using these contacts to breathe fire on his enemies.

He made no secret of liking the sex resort in Pattaya and the availability of young women for sex and the opportunity to have several wives.  For shorter arrangements  he had a room which he called ‘The Bat Cave’ in Jomtien for sexual liaisons.

He also let out the room which had a dancing pole at the head of the bed to expat friends for favours.

His scams were frequently exposed on this site.  They included conning expats into putting their property in Wanrapa’s name (because it is safer with my Thai wife than yours), sold subsidized housing built for poor Thais to foreign tourists and expats, employed Filipinas whom he had chatted up on social media.

He then fired them when they refused to have sex, Drew Noyes also claimed, falsely, to be an American lawyer, and a member of MENSA

One of his final coup’s was to get himself elected at President of the Silom 310D Branch of the Lions Club with his then girlfriend Naam elected a Secretary of the predominantly Indian chapter.

He frequently claimed Royal connections and traipsed along to the Army Club in Bangkok with members to demonsrate his military ones.

But when his legal cases went wrong and the clients complained he shut them up by threatening to sue them under Thailand’s’ libel laws.

He took multiple cases out against us here at this site but only won one – and that was not for anything written in a report – but a comment by a reader that both Noyes and David Hanks one of his henchmen, were ‘pimps’.

Hanks was of course the former owner of a brothel in Melbourne, and Drew Noyes originally ran to beer bars called ‘Zebra’ and ‘Lollipop’ – but of course technically these bars do not sell women in Thailand – That would be against the law.

He has now returned to Jefferson City, Tennessee and is believed to be staying with his elder sister.

The man who claimed he had come to Thailand by Royal Proclamation and described himself as the most ‘re-assuring and credible businessman you could meet in Thailand’ has been sent on his way after paying a tidy sum in bail. That way the problem of Noyes is taken away from Thai shores.

A warrant for his arrest will be issued on November 25th if he does not return. Could he not stay in the US to have Christmas with his kids?  No, the judge replied.

But it appears even at the last minute he was scamming.  In the court today his lawyers took a call from his bail bondsman, believed to be a personal friend.   The person had to be told that Drew had not turned up. Noyes’ lawyer could have added  ‘ as expected’.

The “Bat Cave’ I understand has been sold.  Pattaya’s most notorious American sex tourist is not coming back.