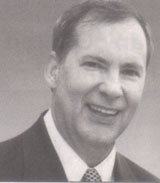 A Philippines senator has been asked to look at the case of a young Filipina woman, who was enticed to work in the Thai beach resort of Pattaya by an American newspaper publisher, then forced to leave after she claimed she refused to become his mistress.

Although the woman, known as Rose, actually resigned, she had no choice because, she claims, American Drew Noyes, who has featured many times on this site, cut her salary by two thirds from 12,000 baht to 4,000 baht a month.  Earlier she had declined his request to become his mistress, she said.

She and another Filipina, who claims her promised salary was cut from 15,000 to 7,000, left at the same time. They were told immediately to vacate their accommodation and had to seek help from home to fly back to the Philippines.

Now a complaint has been lodged with American educated campaigning Manila Senator Ramon ‘Bong’ Revilla Jr, (LEFT) who was brought up in Los Angeles. The young Filipina hopes that the former Governor of Cavite he will be easily able to familiarize himself with her case and Drew Noyes ,as not only was he educated in the Unites States, but has also been an actor and comedian, having won the ‘Best Comedy Actor of the Year’ Award in the PMPC TV Awards of 2001.
But on a more serious note he is a well known Philippines Woman’s Rights Campaigner. Women’s Rights are not up to par in either Thailand or the Philippines so we have to wait and see.

Among items for his study are emails from Drew Noyes offering, free visa,  free work permit, and free accommodation. He subsequently is alleged to have employed the girls on tourist visas, did not and could not apply for work visas, and threw them out of their accommodation in a National Housing Association block when they refused to accept his downwardly revised salaries.
He had found the young women by promoting himself on the social website tagged.com, where he posted his inflated biography and pictures of himself with with the US Ambassador to Thailand, the Mayor of Pattaya, the Chonburi Immigration Chief and Harald Link sponsor of the Thai Polo Club.

The story of both the Filipinas was carried earlier at this link. Last week Noyes harassed her by email and threatened to sue her if she did not help him sue this site.

In an angry exchange of emails which followed, publish below, Noyes, described the girl as a ‘piece of trash’, and a ‘nasty piece of shit’, insisted she had come on to him, and said he had a police witness, who was outside a go-go bar in Pattaya ready to testify that ‘you were trying to hold me, but I politely pushed you away’.
(That’s a line I reserve for my wife.)

Drew Noyes offering to print visa forms. But did he flout immigration laws?
He said he would be reporting her name to Thai Immigration, the Philippines Labor Department, and added that maybe she could share a cell with ‘the other liar’ Andrew Drummond. In any case unless she confessed in church she would ‘burn in hell’.
He also said he was investigating the ‘bars’ Rose worked at.

The terms which Drew Noyes used were not legal jargon, but in fairness he has reduced internet claims from being the only American lawyer allowed to practice law in Thailand, to an American running a law office in Pattaya.
But this, I can reveal, is also not true.  His ‘law company’ PAPPA does not have even have a licence to practice law. Its stated business is accountancy.

Miss Rose said she would like to withhold comment until she hears from the senator.  But she would be happy to make a statement in the Philippines for the Philippines or Thai authorities.
She says Noyes is lying.

From: Drew Noyes <drewnoyes@gmail.com>
Date: Tue, Nov 22, 2011 at 10:45 PM
Subject: You are a liar
To: “name-removed@gmail.com” <name-removed@gmail.com>
Rose, You are a piece of trash and a liar just like Andrew. Andrew will turn on you in court and your name will be given to Thailand immigration and PI Labor. Also Kung and I will name you in the next police report. Maybe you can share a jail cell with the other liar? Send this to Andrew too, you nasty piece of shit.

Kung – Wanrapa Boonsu, supposed editor of the Pattaya Times and Noyes ‘wife’.
From: name removed <name-removed@gmail.com>
Date: Sun, Nov 27, 2011 at 10:53 AM
Subject: Re: You are a liar
To: Drew Noyes <drewnoyes@gmail.com>
Mr. Drew Noyes
I have told the  truth to Andrew Drummond. I was trying to forget this matter. But I understand this has been reported to the authorities in Thailand and I will cooperate with any local official who comes to see me on behalf of the Thai authorities. If that happens  I will ask that police/NBI in Manila or Angeles will be given a copy.
You have a bad memory. What has Kung got to do with this. She was not there!

From: <drewnoyes@gmail.com>
Date: Sun, Nov 27, 2011 at 11:23 AM
Subject: Re: You are a liar
To: name removed < name-removed@gmail.com>
OK, good. If thats what tou want to do then so they have ALL the facts I will forward immigration in both countries the emails you sent telling me you don’t need a work visa because you came to Thailand  before and worked using a tourist visa. We told you you needed a Business visa. Let’s see what they say.
Also, I have a statement from the Thai policeman who sat with us at the Gogo on Walking Street when you got drunk and were trying to hold me but I politely pushed you away.
Finally, we are investigating your background and the bars you worked in there. You lied on your CV about where you worked and when you came here you did many bad things. We will interview your girlfriend and some people who saw you on Walking Street for more details.
Please participate in helping the coward Drummond. You deserve the cosequences.
We have a police specialist in computer crimes searching the history on the computers in the office you all used and when we find you copied files or transferred them illegally we will prosecute the offenders.
Go to church and confess your lies and ask for forgiveness for what you did to hurt our business and our family. When you lie, you burn in Hell. We give you one last chance to appologize for false statements. Take the opportunity, or prepare to defend your actions.

From: name-removed
Date: Sun, Nov 27, 2011 at 12:34 PM
Subject: I am not ‘Liar
To: Drew Noyes <drewnoyes@gmail.com>
Mr. Noyes,
Your lies and threats do not worry me now. I have already received assurances from the ‘real’ correct people that I can come to Thailand without fear if I should chose to do so.  In fact I am being asked to do so. You offered a work permit. You did not say I could not get a work permit on a tourist visa, nor my friend.
Your suggestion that I tried to hold you is quite repugnant.  I have never worked like  a go go bar .Yes! I do worked at the Bar and Restaurant, as a Assistant Manager .We do served foods and Beers.  But not the one you tried to compared  like a go go bar. You must think all Filipinas do.  I have never been to a bar such as you showed me.I’ve been  walking street to watched live band,Hip hop or reggae bar. Please do not come back to my country. I shall not reply to any more of our emails.
Drew Noyes’ office staff remain puzzled about his police computer expert. And Rose’s friend is certainly not willing to help Drew Noyes. He besmirched her character too. This is what she wrote to this site:
“The visas were tourist visas even though we were working in his legal office. When I left to find a job that paid more Drew rang my mom and dad and told them I got sick because I went to a bar and got drunk and didn’t come to work.”

Its time to salute this girl Rose. Regulars of this site will already know how Drew Noyes lured Filipinas to Thailand. He sent them all his ridiculous autobiography and lots of pictures of him with relatively well known and/or respected people.  To them he seemed a well connected gentleman. Once they arrived things were not quite as they seemed. His office in Thepprasit Road, Jomtien, was on the tacky side. They were put in government housing designed for the poor people of Pattaya (but being sold by Noyes to the comparitively rich) . But still, as Filipinas do, they called him ‘Sir’ whenever they saw him. He charmed them with a couple of dinners and then apparently set his sights on the slimmer of the two, Rose. He took her out for an evening saying ‘Don’t worry Kung (his wife)  knows everything. There’s no problem’.  His idea of fun was to take her out to a go-go bar, where Rose said the girls danced naked, and was either shocked or very uncomfortable. Noyes seemed to assume that all girls in the Philippines danced ‘a-go-go’, and, and from his language he suggests she is a ‘bar girl’.  He certainly assumed wrongly, as he has stated in print, that all Filipinas speak English.  The bone of contention is whether Noyes offered her an apartment if she would be his mistress (He has many government ones to spare). To be frank credibility is not something Noyes has a lot of, nor does his track record help his case. But Noyes never believes ill of himself of course and his foul language gives him away. Not only that his foul language and outrageous statements have driven to fury two girls, who in one way or another were already used and abused and had learned a salutory lesson.  They will not be easily believing people on the internet again.  I hope Senator Ramon ‘Bong’ Villeras takes up the case. I hope a despatch is sent from the Philippines Government to the Thai Ministry of Foreign Affairs and I hope Mr. Noyes is called to account.  Congratulations to both these girls for their courage and for seeing the bully that he is and especially to Rose. Despite Noyes’ slimey innuendos her reputation here is exemplary.
Who is Drew Noyes? Read -An American – myriad lies – and influential people