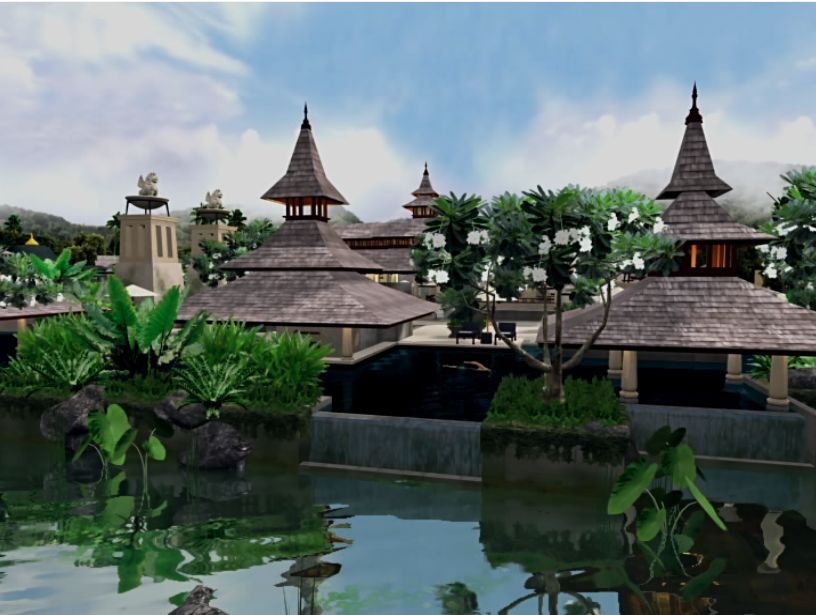 THE WINNER TAKES IT ALL – BUT THE JUDGEMENT WAS FAKE!

The Thai ‘paper benefactors’ of a £74 million resort project being built on the Thai island of Phuket by British barrister Steven Granville whose family claim was murdered there, have been told by a judge that they do not have to pay a penny back or return any of the lawyer’s shares.

Even though not a penny was paid and the shares were acquired on a politician’s promise, the two confused young Thai women, Oranuch Sirisawat, and Kuchaphan Porncharoens, employees of the Jinda Property company in Phuket need no longer worry. Nor would the fixer for the brothers who delivered the foreigner’s fortune.

The young women were just nominees. The real controllers of the shares were Nattachai Srirungsukpanit, an advisor to the PM, and his brother. Peerasak, Sreirungsukjinda, an anti-corruption commissioner, who did not bother attending the case.

The British family should never have taken the case.said the judge. But in this case it was what was not said which was the defining factor. And that was that the judgement had been drafted in their favour but there was a last minute switch.

The fixer for the brothers was Praphol Milinthajinda, many politicians’ favourite financial advisor, and a former secretary to Thailand’s Deputy Prime Minister Wissanu Krea-Ngam.

In fact both Praphol and Wissanu were respectively Managing Director and Chairman of the AEC Financial Company, a company used by MPs and government officials, and even Royal Palace staff to handle their hidden earnings and ‘investments. They were well acquainted with offshore arrangements and the use of nominees.

The AEC company was named in the scandal involving the country’s former Deputy Commerce Minister Banyin Tangkaporn, who was charged with the murder for gain of Chinese tycoon Chuwong Sae Tang. In that case it is alleged that young women nominees connected to AEC were used to receive the shares.

Chuwong Sae Tang’s death was initially attributed to a road traffic accident by local police. But the tycoon had been lured to a golf club and off the premises was beaten to death. He was then put in his Lexus car which was driven against a tree.

Granville’s family have been fighting for six years for justice initiating civil and criminal proceedings over Steven Granville who they say was also beaten to death which was covered up as a motorcycle accident.

Earlier this month the Supreme Court finally ordered Nattachai Srirungsukpanit, also former Deputy Leader of the Chart Pattana Party in the coalition government, and Peerasak Srirungsukjinda, a member of the ‘Commission to Investigate Corruption & Misconduct and Enhance Good Governance’ (while also  running gambling dens in Phuket) to attend Phuket Court in January, along with Granville’s former lawyer Songsak Pue-Kliang to face criminal charges of fraud.

Now evidence passed on by worried officials show that the judgement on October 29th in the civil case was fake. It had been switched at the last minute from a judgement in favour of Granville, or rather his heir, his 74 year old mother Samantha Simmonds, who was fighting on behalf of scores of foreign investors in the project.

Judge Sathorn Charoenpanich ruled against the family. But he refused to read out the full judgement. As he did so his co-judge, a woman, Watchara Chanthawara walked out of the court, and later did not sign the day’s proceedings.

And this may be why. This is a copy of the last page of the judgement in the case. It has one paragraph crossed out by pen.

It shows that a judgement was made ordering the Two women, the second and third defendants, who held the shares in the ‘Lost Kingdom’ to comply with the judgment within 30 days. By crossing out one paragraph beginning ‘Forcing the second defendant’  it completely reversed the decision made by the panel. They no longer had to comply with anything.

Below is the English translation. This material has now been sent to the President of the Supreme Court for urgent review.

Normally after a judgment all parties get a copy within a week. In this case it took a month, which is not surprising because the whole 29-page document would have to be re-written to fit the complete reversal.

Lawyers are currently studying the new re-written judgment. But it is understood there remains a copy of the original.

And one thing is known. It was altered in the Judge’s Chambers on the morning it was read out, because it states who was in court at the time.

But it seems with their power and authority that the two brothers have little concern for such things as courts. They have not as yet bothered to attend any of their hearings civil or criminal pre-trial.

And here is a photograph of Peerasak taken on the grounds of his latest acquisition, the Puravana Resort, or rather Granville’s ‘Lost Kingdom’ – the subject of the altered judgement.

Two weeks before it was taken Granville had been evacuated back to England after’ that’ motorcycle crash.

That is the crash in which his mum says his motorcycle received no crash damage, Granville had no other injuries or abrasions, no torn clothes, just blows to the back of his head and the ‘accident scene was stage managed’. When the photo above was taken Granville was on life support in a hospital in Devon, England.

Now Peerasak is seen trying to sell off part of the resort to a Chinese businessman. The commissioner to investigate corruption and misconduct is clearly up to no good.

The civil court had been told and shown documents how Granville went in desperation to the two brothers for help in completing the project after work stopped on the ‘Lost Kingdom’ when a major Spanish investor pulled out.

Pui and his brother Odd had promised Granville through their financial broker, Praphol Milinthajinda, that they would be happy to invest to complete the project. But first they needed to do due diligence and Granville needed to hand over his shares and the land deeds as a guarantee.

Granville reluctantly agreed but stipulated everything must be returned if no investment was forthcoming. He had it in black and white. The documents were shown to the court. In the new judgement the court ruled that as he had not terminated the agreement and asked for the property back the new owners were under no obligation.

After the ‘attack’ Granville could not speak let alone write. But in fact prior to it he had done that very thing claimed the family. The papers were with the criminal court. The matter had not been raised in civil court.

The two women said little more than that they held the shares as nominees for the brothers whom they obeyed as employees. But Praphol admitted that there was no intention to invest.

Indeed. Why bother invest when you can sell something you have not even had to buy? The sugar cane had entered the Thai elephant’s mouth. And when Pui was showing his Chinese visitor around Granville was no longer a stumbling block to the sale.

The sale to the Chinese was prevented as the property was the subject of a court dispute. Records show that did not stop the brothers taking out a 30 million baht (US$1 million) private loan against it.

Granville had been found by the side of the road near Karon Hill, Phuket on March 23rd, 2013. And Peerasak was first to the Vachira hospital at the crack of dawn posing as a close friend and expressing concern. He got there even before police, say hospital staff who staff noted a call too from Nattachai, the PM’s advisor.

‘They were not relatives. They had no right to pester hospital staff,’ said a hospital staffer, who has since also spoken to the family’s representative. ‘And we had no authority to give them information’. *

* the names of hospital staff are being withheld on request

The staffer added: “We cannot comment on the cause of injuries. But we have supplied the full medical report to the family and independent authorities can judge whether the injuries are the type received in a motorcycle accident.”*

Were the brothers genuinely concerned? Or was it just money on their mind?

When representatives of the family requested through an intermediary for the return of Granville’s company and land quoting the agreement, the reply from Pui was curt. ‘Tell them they have no power in Thailand.’ *

NEXT: A SERIES OF FAKE POLICE INVESTIGATIONS,
FOREIGN OFFICE FUMBLING AND THE ‘GO-TO MAN’