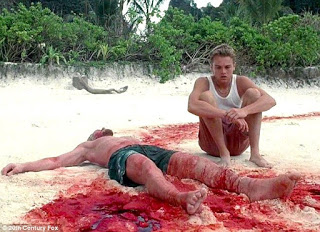 HUMAN RIGHTS WATCH CALLS FOR ANOTHER INVESTIGATION IN THAILAND

With slumping trade and foreign investment figures, multiple political arrests and detentions, a decline in the tourist market while Burma’s increases by 50 perc cent, multiple fraud cases with foreign victims, and last but not least, the realization that the most innocent and attractive tourists in Thailand are the ones getting murdered *, things are not looking to rosy for the Land of Smiles.

Indeed the most bitter victims say that’s no smile at all. It’s a smirk.  This could all be remedied of course with a new education and justice system, but that may not happen in the near future despite annual promises, because with education comes not only the realisation that the justice system is weighted which most people know, but the means and confidence to do something about it.

The rich guys are not going to help.

Meanwhile I cannot help but offer you this quote from the now no longer grining and singing General Prayuth Chan-Ocha defending the arrest, and alleged beating of a student activist who complained of army corruption.

“Why don’t people respect the laws instead of asking for democracy and human rights all the time?”

Those who came to power in the military coup are now substantially rich. The corruption they came to stamp out is of course the corruption of their enemies but even then they have had to come to terms. 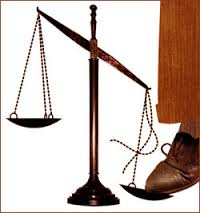 They are stifling the media and currently trying to control the internet in Thailand by reducing it to a single gateway. Google says it will act on Thai court judgments.

Does this mean  that now that the military will now speed up their justice system so it can get judgments against enemies, say within one year? I think we should be told.

It’s certainly time for what passes as the judiciary to make a stand and assert their so called independence from state.

* Almost all of the young Britons murdered in Thailand have been in their twenties, university educated, and from good families. and also attractive – from Joanne Masheder in the 90s to Hannah Witheridge and David Miller in 2014.

(New York, January 22, 2016) – The Thai government should urgently investigate the abduction and alleged beating and mistreatment of prominent student activist Sirawith Seritiwat by army soldiers, Human Rights Watch said today. The arrest, which Prime Minister Gen. Prayut Chan-ocha said was for violating the ban on public assembly and political activity, is itself unjustified under the right of all persons to peacefully assemble and protest. 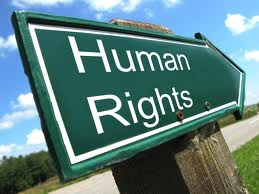 Sirawith has been released after the Bangkok Military Court dismissed the police request for his pre-trial detention. According to Sirawith and eyewitness accounts, around 10:30 pm on January 20, soldiers from the 2nd Battalion of the army’s 2nd Infantry Regiment snatched Sirawith as he was walking with his friends outside the Thammasat University’s Rangsit Campus. Sirawith was then pushed into a pickup truck with no license plate and driven away to an unknown destination.

The ruling National Council for Peace and Order (NCPO) junta denied knowledge of Sirawith’s arrest and his whereabouts until soldiers handed him over to police custody around 2:30 am on January 21. Sirawith said he was blindfolded and beaten while being interrogated by soldiers.

“The abduction and apparent mistreatment of a prominent student activist is further glaring evidence that wanton violations of human rights are the norm under the NCPO’s military dictatorship in Thailand,” said Brad Adams, Asia director at Human Rights Watch.

“What’s even worse is Gen. Prayut brushed off international concerns and condemnation, and appeared to tolerate the abusive treatment Sirawith received by emphasizing the military could ‘use any measure’ to carry out an arrest.”

Sirawith said soldiers pushed him into a pickup truck and drove him to an unknown destination:

They blindfolded me and put a cloth bag over my head. I could not see anything. Those soldiers did not tell me where they were taking me to. The pickup truck took many turns, making me confused [about] which direction I was heading to. 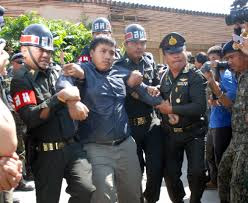 When the pickup truck stopped, I was dragged outside. I was dragged along [the] tall grass. I did not know what would happen to me. Then I was ordered to kneel down on the ground. They kicked me. They asked me “Do you want to be famous?” Why did you talk to journalists?” “Don’t you know your duties to serve the nation?” Then they slapped me in my head. They jabbed my head with something hard – I thought it was a rifle barrel.

Similar to the NCPO’s reaction to previous reports of abuses in military custody, the junta quickly and flatly dismissed Sirawith’s story. The NCPO spokesman Col. Winthai Suwaree gave a media interview on January 21 stating that no violence was used during the arrest and Sirawith was treated gently and respectfully.

Instead of ordering an investigation of this incident and holding soldiers responsible for abuses accountable, Gen. Prayut said at a January 21 press conference at Government House that officials could use any measures to arrest Sirawith:

Officials acted on an arrest warrant. He [Sirawith] violated the Public Assembly Bill and the NCPO’s order [Order Number 3/2558, which bans public assembly and political activity] … Officials could use any measures to arrest him. The arrest doesn’t have to happen in front of camera, which could then trigger a protest … Why don’t people respect the laws instead of asking for democracy and human rights all the time? … No one is allowed to oppose [the NCPO]. I dare you to try to oppose [the NCPO] … I don’t care what the international community would think about this. I will send officials to explain to foreign embassies. I am not afraid of them. I will tell them to understand that this is Thailand and we are enforcing Thai laws.

Also referring to Sirawith and other dissenting student activists, Gen. Prayut mentioned in an earlier televised speech on January 15 that, “Some university lecturers encourage students to oppose the government by teaching them about freedom, democracy, and human rights. These students will end up in jail or dead. They will have no future.”

Since the coup in May 2014, Human Rights Watch has repeatedly expressed concerns about abuses of persons arrested by soldiers and interrogated in military custody. Under provisions of martial law and, later, section 44 of the interim constitution, the military authorities have the authority to arrest and secretly detain people for up to seven days and interrogate them without access to lawyers or safeguards against mistreatment. The NCPO has consistently dismissed allegations that soldiers have tortured and ill-treated detainees but has provided no evidence to rebut those allegations.

Human Rights Watch questioned the compatibility of the arrest with Thailand’s obligation to respect the international right of peaceful protest and assembly, and also stressed that police, not the military, should have been responsible for the arrest as they are lawfully responsible for the execution of arrest warrants and have the appropriate training on the rights and safeguards guaranteed to detained persons under Thai and international human rights laws.

Thailand is descending deeper into rights abuses under military rule with increasing arrests of critics and peaceful dissenters, Human Rights Watch said. Sirawith and five other activists from the New Democracy Movement (NDM) will be put on trial in the Bangkok Military Court for organizing a train trip to Rajabhakti Park – a park newly built by the army to honor the kings of Thailand – as a part of their campaign to criticize military corruption. The junta considers this activity a violation of Order 3/2558, which bans public assembly and political activity. If found guilty by the court, the activists could face up to six-months in prison.

International human rights law prohibits governments from using military courts to try civilians when civilian courts are functioning. The use of military courts in Thailand also fails to meet international fair trial standards under the International Covenant on Civil and Political Rights (ICCPR), to which Thailand is a party.

The Human Rights Committee, the international expert body that monitors state compliance with the ICCPR, has stated in its General Comment on the right to a fair trial that “the trial of civilians in military or special courts may raise serious problems as far as the equitable, impartial, and independent administration of justice is concerned.” This is particularly problematic in Thailand, where every element of military courts functions within the Defense Ministry’s chain of command.

“The junta uses arbitrary arrests and draconian laws against dissenters and critics to maintain its hold on power,” Adams said. “There is no apparent light at the end of this dark tunnel since the military shows no signs of easing its oppressive rule, or restricting officials with unchecked powers from committing abuses with impunity.”