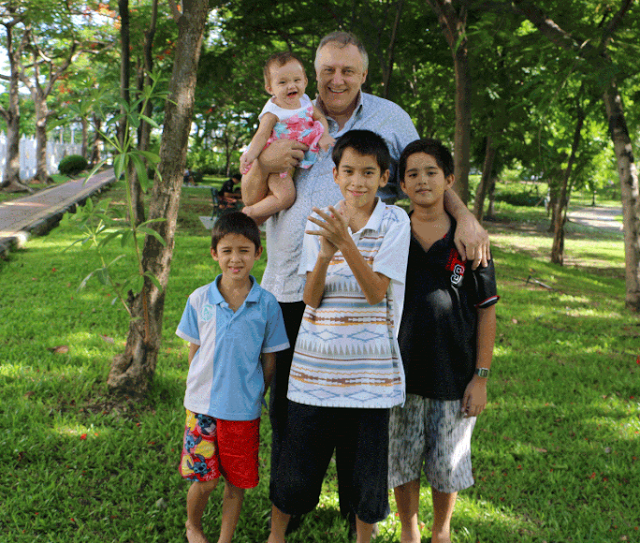 THAI BANKS COLLUDING IN SCAMS ON FOREIGNERS
A British businessman who lost everything to organized crime on the holiday island of Phuket is joining the protest of foreigners who have been taken to the cleaners in Thailand.
Ian Rance, 57, from Hertfordshire, lost everything in a scam identical to that of Irish businessman Colin Vard whose daughter Jessie waged a Youtube campaign against corruption.

In Ian Rance’s case his wife teamed up with a bent, lawyer, money lenders, and the Kasikorn Bank to sell off all his assets. In Colin Vard’s case it was his housekeeper with whom he had had a relationship in the past who initially took the property.

In both cases the lawyers and judges were the same. And in both cases the culprits could not have got away with it without the assistance of the courts. In both cases signatures were forged.
In both cases the women actually gained very little and were caught and jailed. But those who facilitated the crime and really cashed in escaped any prosecution and nothing was ever returned.
Rance’s son Ty has also appealed for justice on YouTube while the family consider a more public protest.
His harrowing story can be found here. Ian was a property Chartered Arbitrator back in the UK which makes the story all the more galling.
And here is his son Ty’s Facebook page.
(Incidentally what normally happens in these cases is that the moneylenders will counter-sue and get their cases accepted by the Thai courts sometimes without the defendant knowing. The defendants will then find their visa cancelled and they are put on court visas – and then its whole new ball game. See Ty’s video below:

Colin Vard, from Dublin, his daughter Jessie, 16, and son Daire, 13, were given promises by Thailand’s Police chief that their case would be fully investigated.

It appears that even though they have publicly thanked the police and expressed confidence in the investigation they are not going to stop the protest.

Another is planned against the Krung Thai Bank, which they say co-operated in the scam.

“Tomorrow (Tuesday) at 13.30 we will return to Sukhumvit Road to the bank that stole our family home and destroyed our lives.

We have nothing now. Homeless and depending on handouts. So we have nothing to lose.
At the last meeting in front of B.B.C. television cameras we were laughed at and lied to by the bank’s senior management.

It was terrible how they tried to annoy and scare us. Bullies that is all they are. No better than street fighting thugs.

The only difference being they were wearing suits, shirts and ties. They ordered their security guards to follow us around with video cameras and over 10 armed policemen to intimidate and arrest us.

The Bank’s management said that they know nothing about our case. Lies flow freely from liars and cheats but a clicking clock and the Buddha will catch up with them.

The bank will also learn that we will not be silenced!

The bank’s manager in Phuket stole our family home. A fact recognised by both the criminal and civil courts but not the bank who rewarded their thieving manager by retiring him on a pension?

So by taking no action the bank is openly supporting his criminal activities which means that the banks chief executive is liable to 3 times the sentence the bank manager will receive because he is complicit in the crime of money laundering.

Is he even aware that his bank has broken over 102 anti money laundering clauses and sub clauses? Do the Banks shareholders and customers know? Does AMLO know? I guess not?  They will know today for sure.

All we are asking is that the bank punish those who are guilty not us. We have no money and nowhere to live.  But we will live in the shadow of the bank until they return our home and compensate us. They stole our home and livlihood and destroyed 5 years of our young lives.

If you are on Sukhumvit tomorrow at around 1.30pm please drop in to see us. If the bank do not do what is right and proper we will stay outside the bank until the whole world is aware of the crime that they openly support.

We do this for everybody not just ourselves. Those who control society must be made aware that young people have a voice that must be heard. Together we can fight and beat the cancer of corruption. 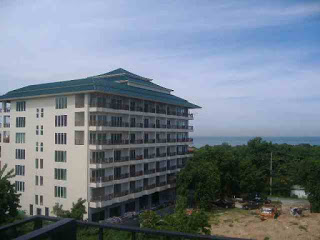 Thai banks are invariably involved in these sorts of deals.

Readers of this site may recall how British crook Richard Haughton, of Thai
Property and Media Exhibition Co, hawked off off Emerald Palace condominium in
Pattaya to the Kasikorn Bank, having already sold most of the units.

One buyer from Northern Ireland went to move into his condo only to discover is was being occupied by the mistress of a Kasikorn Bank, Deputy President. 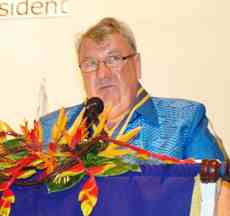 All property owners who approached this site have now had
judgments ordering the land titles to be given to them through lawyers and Kanokrat Nimsamoot Booth, a friend and researcher.
Limcharoen, the legal
company, which took over the property told buyers they would not get the
chanotes and unless they helped pay off Haughton’s bank loan.