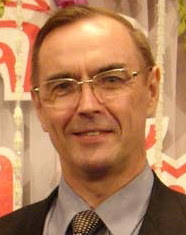 ‘WE TAKE THE SAFETY OF BRITISH CITIZENS SERIOUSLY’- 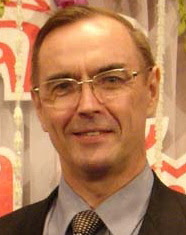 The British Embassy has written to the Thai Ministry of Foreign Affairs to express its concern over the safety of Dr.Wyn Ellis, a British scientist who has received a series of threats, after high profile court battles with the director of Thailand’s National Innovation Agency.

The Embassy has highlighted the serious of his situation and states it takes the safety of British nationals seriously following attacks on Dr. Ellis’ car and death threats against him.

Dr. Ellis, from Swansea, an expert on organic farming who now works for the United Nations, had previously worked for the NIA and had complained that the director Supachai Lorlowhakarn had plagiarised his work to obtain a PhD.

Lorlowhakarn took Ellis, 57, to court for libel nine times and lost. He has been deprived of his PhD and convicted of forgery. But he was only given a suspended sentence and continues as Director of the National Innovation Agency.

Lorlowhakarn is not named in the Embassy letter nor are we suggesting he ordered these attacks.

An American reporter Erika Fry who wrote the original ‘plagiarism’ story in the Bangkok Post said she had to flee Thailand because the newspaper came to terms with Supachai Lorlowhakarn while they allowed a case was continuing against her.

A similar incident happened when Andrew Drummond was taken to court by Pattaya businessman James Lumsden who was one of the subjects of his exposé in the Bangkok Post in 2000 in an article headed ‘Lock, Stock and Two Smoking Boyz’. The Bangkok Post came to terms with the defendant. Drummond stayed, fought the case by himself and won it on appeal. In one of the earliest cases of crowd funding he was supported by the British Association of Journalists and crowd cash from journalists in Thailand and the U.K. and newspapers in the U.K. including Associated Newspapers, The Guardian and Observer, Express Newspapers, News International (now NEWS UK), and Mirror Group Newspapers (now Trinity Mirror)

Dr. Ellis has had a rocked smashed through his car on the way to one of his court experiences. He is being plagued with threatening phone calls, and people have been calling at his estate to make threats with grenades.

While the original letter to the Ministry of Foreign Affairs is confidential. Below is a summary of it from the British Embassy to Dr. Ellis.

“We have written to the Ministry of Foreign Affairs detailing the issue experienced by you over the past three years of escalating threats and intimidation against both yourself and your wife.

‘Linked to an individual’

The belief that this is linked to an individual, against whom you won a court case for plagiarism of your academic work.

We have highlighted the seriousness of your situation and that you are presently in the National Anti Corruption Commission Witness Protection Programme.

We have reinforced the point that, we take the safety of British Nationals seriously, and are concerned about the long-running situation faced by you and your wife.

We have asked that your situation and continued concerns be brought to the relevant Thai authorities for their attention, and that they in turn, report back to us what actions they are taking to address your situation.”

BELOW – AN ATTACK ON DR ELLIS’ CAR

Pick of the Day: Nowadays you need to be rich to be a journalist – thus only the rich can write about the poor.