RUMBLE IN THE JUNGLE

One group of people totally unconcerned with Thailand’s military government and its much publicised crackdown on corruption and the sex trade is of course the British criminal fraternity.

There appears to be no shortage of young ladies in the latter.  And, as for the former, Thai police do not appear to be turning in old British lags who have been entertaining them for years.

Briton Mark Rumble was or maybe still be one of the major drugs dealers in the south of England.

According to the records of Oxford Crown Court Rumble, 27, from Wallingford on Thames, took over the syndicate from a guy called Neil Wadley. 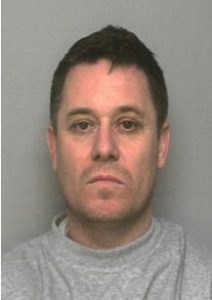 “I sentence you with a great degree of sadness. It is clear you have been a decent, family man, a hard-working man.”
Referring to the evidence the judge said: 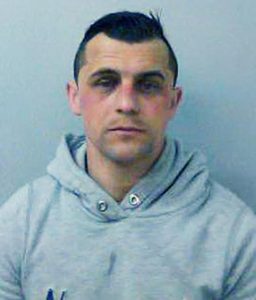 “Rumble showed him a package and asked him to look after it for a few days. Mr Wright refused and Mr Rumble left, but had not given up.
“He returned and persisted in his request, persuading Mr Wright to make what can only be described as the worst decision he has ever made and is ever likely to make in his whole life.”
‘Judge Peter Ross said he could not understand how Wright had been pressured into storing the drugs by Wadley’s right-hand man Mark Rumble.’ – Oxford Times
Wright admitted conspiring to sell cocaine, cannabis, amphetamines and MDMA.

Police had found four kilos of amphetamines, a kilo of party drug MDMA, two kilos of cannabis and 860g of cocaine when they raided Aaron Wright’s Didcot.

Wadley and some of his gang were jailed for a total of over 90 years. Wadley had been extradited from Spain. Their drugs syndicate covered Berkshire, Oxfordshire and Wiltshire. In that court hearing the prosecution alleged that drugs were obtained from other deals, from abroad and also moved abroad.

But Rumble disappeared. There does not seem to be an Interpol Red Notice out on him so perhaps the National Crime Agency are happy with the convictions they got in Operation Samba.

Crime boss Neil Wadley got 17 years. In court he was described as a man of ‘violence’.

Currently a journalist in the UK is attempting to link this crime syndicate with a triple murder in Didcot. He believes Rumble may be in Thailand.

Me too. A quick search showed he has joined the Facebook group ‘Pattaya Bar Girls’ and a ladies group called ‘Didcot dress, lend, sell’ but I guess his Didcot other half was following that site. He’s not been on Facebook for a while though.

I hope police in Pattaya are not imposing curfews. Mark doesn’t like them. I see when he was 21 he was up before the beak for refusing to comply with one in Didcot – and if he was straining at the leash in Didcot where there is positively nowhere to go, then he should be out on the town a lot in Pattaya.  I could not notice that one of his friends FB’d from the Baby Boom a go go – ‘Sitting here quietly’.

Oh dear, she looks like one of my Facebook friends too.  Must have a cull. This one’s not discreet at all.