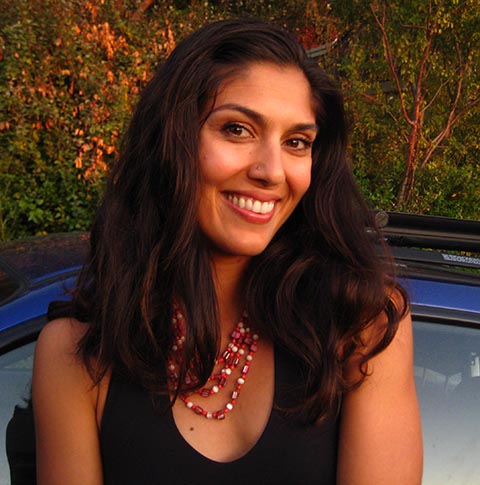 ‘Further the U.S. Mission in Thailand has offered the technical assistance of the U.S. Centers for Disease Control (CDC) to assist the Ministry of Public Health in their investigation.  At this time health workers have not yet verified that the cases are connected.’
Five foreigners and one Thai have died in Chiang Mai between January 11 and February 19th.  Four of them, Britons George and Eileen Everitt, 78 and 74, New Zealander, Sarah Parker, 23, and Thai tour guide Waraporn Pungmahisiranon, 47 were guests at the Downtown Inn.
A fifth, and the first to die, was American citizen Soraya Vorster Pandola, 33, who died elsewhere after eating as Japanese meal.

Soraya had been in Thailand six months and had been doing welfare work among hill tribe people in northern Thailand.
Her husband Tony Pandola, currently in Brazil, said today he was in regular touch with doctors and anxious to get the results which he hoped would determine exactly how his wife died.
He was not confident in the answers so far supplied by the authorities in Chiang Mai.
‘Soraya ate in a proper restaurant in the old city, while Sarah and her friends apparently ate at the Night Bazaar.
‘Soraya was not staying at the Downtown Inn, yet she died of extremely similar causes to Sarah Carter and the British couple. That is to say, ‘swelling of the heart’ or ‘myocarditis’.

UPDATE: From the Public Relations Departement, Department of Disease Control:

On 9 February, the Department of Disease Control was requested by the Chiangmai Provincial Health Office to assist in an investigation into myocarditis cases. The joint investigation team found four clinically-confirmed cases of myocarditis (inflammation of the heart muscle) and another two patients with mild symptoms. These six patients were among three separate groups of tourists visiting Chiang Mai, Thailand, between 9 January and 4 February 2011. All were young women aged 23-33 years and were from the United States (1), Canada (1), France (2) and New Zealand (3).
Of these six patients three died (one each from the USA, France and New Zealand). Five of them became ill while visiting Chiang Mai and one developed symptoms three days before arriving there. Common features of the illness among these patients include vomiting without diarrhea and lack of respiratory symptoms. One patient had a fever but all others were afebrile.
Extensive epidemiological investigation has not revealed any common exposures across the three groups. Laboratory testing of blood and stools to date has not revealed anything except for evidence of infection by an echovirus in one patient and by a Coxsackie virus in another patient from New Zealand. Autopsies on two of the dead patients (American and French) were done by forensic medical expert of Chiang Mai University. The autopsies found nothing abnormal except for inflammation of the heart muscle.   The Department of Disease Control has shared this information with the WHO and US CDC offices in Bangkok, as well as the New Zealand Embassy and the International Health Regulation (IHR) focal points of France and the European Community.
In a separate episode, since 3 February, there were three other deaths in the same hotel where the three New Zealanders stayed. This included an elderly British couple and a 47 year old Thai woman. As these three deaths occurred outside the hospital, the police took charge of the investigation. The autopsies of the two elderly Britons found a high degree of coronary occlusion while the examination of the Thai woman found no inflammation of the heart muscle or any other clear evidence to explain the cause of her death.
Myocarditis is a well known illness that may result from many possible etiologies such as viral infection, bacterial infection and toxins and can be found everywhere from time to time. However, four cases among young healthy adults in the same location is rare. The Department of Disease Control will continue its intensive investigation and collaborate with the WHO, IHR authorities and embassy contact persons of the USA, France and New Zealand to determine the causes of myocarditis in all these cases, which may be of the same or of different etiologies.
While the causes of the illnesses remain unknown at this time, travelers are recommended to take general preventive health measures that include eating only hot food, drinking clean water and taking enough rest and exercise. Those who experience severe sudden multiple vomiting with or without diarrhea, should seek medical attention immediately.