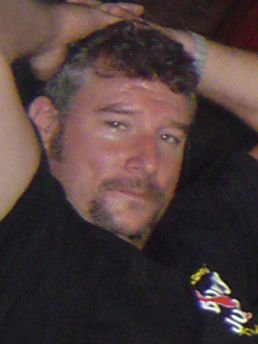 KATE KYRIACOU and ANDREW DRUMMOND in BANGKOK
October 14, 2007 12:15am
AN Adelaide man has vanished hours before he was to give evidence
about an alleged Bandidos’ crime ring in Thailand having told police of
threats to kill him.

Erik Riemsdyk, who is from Elizabeth but now lives in Thailand, told
of the attempt in an explosive 14-page report he prepared for Thai
police on the gang’s activities.
Mr Riemsdyk was going to testify against two alleged Bandidos members on
the Thai island of Koh Samui when he vanished on October 4.
He was last seen when he checked into a hotel near the court, but
checked out again soon after. Australian officials are trying to find
the 44-year-old, who has been reported missing by his South Australian
family.
The Thai court has ordered prosecutors to find Mr Riemsdyk in time
for a hearing tomorrow at which he is required to give evidence.
Mr Riemsdyk, who moved to the holiday island 10 years ago, said in
his dossier that Bandidos members had taken over the tropical paradise
with drugs, prostitution and standover tactics.
In his report, seen by the Sunday Mail, Mr Riemsdyk said his
accusations ‘specifically related to money laundering, drug dealing and
smuggling, extortion, murder, terrorism, internet and media loading and
networking to create an unfair business environment’.
”This letter is a formal request for assistance with respect to the
extortion and attempted murder of myself by high-ranking members of
foreign organised crime gangs operating in Koh Samui, Thailand –
specifically the Bandidos Motorcycle Gang,’ he wrote.
The report, handed to Thai police in 2005, did not provide further details on the alleged attempt on Mr Riemsdyk’s life.
The document was to be used in the case against two accused bikies, both from Europe, who were living in Koh Samui.
They are accused of being members of a secret society of extortion.
One of the pair, a former business partner of Mr Riemsdyk, has claimed the case is nothing more than mistaken identity.
‘It was a motorcycle club, nothing more,’ he said in a statement.
Mr Riemsdyk detailed the names of 36 bars, 46 restaurants, 14 health
spas, 74 hotels and resorts, 32 property companies, 40 individual
properties, 10 dive companies and seven water sports companies who he
says have links to crime syndicates.
He named 73 individuals – including four Australians – as involved in money laundering and drug running on the island.
One of the Australians faced charges last year and was held by police, but he was later released when the charges were dropped.
Mr Riemsdyk also named a former Australian policeman as being involved in the crime syndicate.
The ex-policeman said he had seen the two alleged bikies, who are
currently on trial, wearing Bandidos colours, but denied Mr Riemsdyk’s
allegations.
‘His report is totally without substance,’ he said. ‘The writings of somebody mentally imbalanced.’
The former policeman was used by the prosecution as an expert on motorcycle gangs.
In his report, Mr Riemsdyk said he was forced to join the motorcycle gang after they took over his monthly real estate magazine.
He said bikies were creating fake land title documents claiming they owned vast stretches of picturesque national park.
They would use the land, the report said, to build 5-star villas that would then be sold or rented to rich clientele, he wrote.
From there, the bikies would provide what he described as the ‘five
Cs’ – ‘cigars, caviar, champagne, cocaine and c***’ within the walls of
the exclusive communities.
‘What I have been exposed to is just the tip of the iceberg,’ Mr Riemsdyk wrote.
‘I sincerely believe that Samui has been completely overrun by
foreign organised crime and that the Bandidos motorcycle gang, along
with British organised crime, are leading the assault.’
A Thai news report claimed Mr Riemsdyk went to ground after he
refused to transport several kilos of heroin for the Bandidos, but
resurfaced to help police in the lead-up to the court case against the
two men.
A spokeswoman for the Department of Foreign Affairs and Trade
confirmed it was assisting the family of a man reported as missing in
Koh Samui ‘and have recommended that they contact their local police
station to report the man as missing’.
‘Our embassy in Bangkok has been attempting to contact the man,’ she said.
Members of the Adelaide man’s family said they had ‘no comment to make whatsoever’ when contacted by the Sunday Mail.