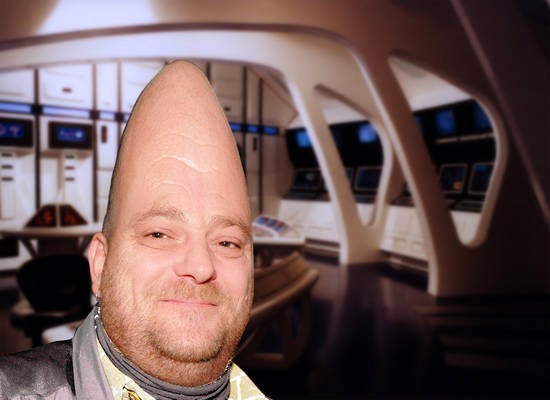 George Anderssen the boss of ThaiVisa.com, the largest and most controversial English language web forum in Thailand is not really George Anderssen but a ‘cone-headed’ and somewhat dodgy visa salesman called Lars Janson (sic), it’s now being claimed.

The revelation is made on the website StickmanBangkok and may account for the reason we have found ThaiVisa linked with the same lawyers, addresses and ‘gofers’  as are Bangkok’s fraudsters doing boiler room trading – and indeed why the site carries adverts for some definitely dodgy businesses.

Stickman relates a tale how he went with a friend of his went to see Lars Janson many years ago when he was running Express Service Sabai Company, Ltd., out of a small office in Sukhumvit.
The friend successfully got a visa on his passport which had successfully taken a trip to Malaysian by itself and carried on doing so.

Janson at some time went out of business and mentioned are a smashed window and blood on the street.

There was talk of George being a scapegoat and being set up by other people and fleeing to Malaysia to start up something like EThailand. But no evidence George or Lars was prosecuted for anything.
Stickman gives some accounts of the secretive George or Lars:

‘(He’s) a bit of a character who eschews the ways of his homeland. His appearance is sloppy; he is often unshaven and usually has an unkempt look.

The other neighbour reports that ‘George’ has alcoholic tendencies and is quick to anger.

That neighbour attributes the police callouts to his house and fights (usually vocal, at least once physical) with his on again / off again wife as most likely due to alcohol.

Once the sun is high in the sky, he says a glass of beer or wine is usually within George’s reach.’

Well that exactly does not narrow down the list of suspects in Hua Hin where George and/or Lars lives.

Stickman also says he has a photo of Lars/George which he won’t publish. Maybe that’s because George had a picture of him.  Whatever it does seem in Thailand people are becoming more and more aware of where they are walking and I’m guessing the story will go on hold.

Stickman goes on about the ‘moderators’ on ThaiVisa.com some of whom have obviously been given power for the first time in their lives and don’t actually know how to use it.

He recounts the hilarious tale about how ThaiVisa banned a poster who made an appeal on behalf of the Santisook Dog and Cat Rescue Shelter for dog and cat food to feed strays.  I guess Santisook was not advertising with ThaiVisa like ‘Pattaya Lawyer’ Drew Noyes or their famous in house bent lawyer.

George Anderssen is however starring under this name in an action being taken against him for fraud in Hua Hin relating to ThaiVisa Property Co.


“Is “George” a bully in the cyber world too?  One ThaiVisa.com moderator, furious that he was promised shares in a company which unbeknownst to him was worthless in return for moderating, spoke on the promise of anonymity.  He alleges “George” has a number of different usernames and recent posts from a Hua Hin IP address attacking Thailand’s foremost investigative journalist, Andrew Drummond, are the words of you-know-who.

Visiting ThaiVisa.com is not a fun experience and time on the site feels like being in a schoolyard with a bunch of spotty-faced teenagers bickering and talking shit about stuff they know little or nothing about.  The sad part is that ThaiVisa.com was the one and only vehicle which could have been an advocate for the rights of Westerners in Thailand.  Alas, it is not to be.  Bickering, tyranny and lording it over the community is the preferred option.  Talk about a sly geezer.

But ultimately “George” deserves the plaudits.  That someone who it is believed was not just deported from Thailand, but also blacklisted from the country after operating a business which deliberately sought to circumvent Thailand’s immigration laws – yet manages to return to the country he is banned from and build up and operate the best-known, highest traffic and most profitable expat website in all of Asia – making an estimated $30,000 a month – is an amazing achievement.

It’s just a shame he is such a tyrant and that his attitude has been adopted by the forum’s moderators and some of its users.”