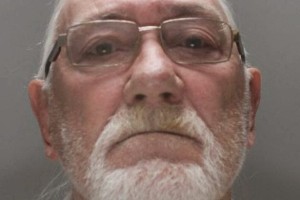 A 69-year-old Briton and regular on the Pattaya gay forums has won undisclosed damages from the SUN newspaper after they described him a ‘paedo’ when he was arrested in a joint CEOP-Thai Police operation in May 2009.

George Stanley Gibbs was subsequently acquitted of all charges except immigration offences. At the time CEOP –  the Child Exploitation and Online Protection unit of Britain’s Serious Organised Crime Agency – hailed the arrest of Gibbs and two Swedes as a ‘triumph of international police co-operation’.

All the men had been put under police surveillance at the request of Scandinavian Police, CEOP, and the Australian Federal Police who are involved in a worldwide search for paedophiles.  The Scandinavian operation was called ‘Operation Snapper’.

A Thai ‘arranger’ was also arrested.

The other suspects were Karl Erik Berglund, 60, and Lars Anders Ellerman, 65. They had no connection with Gibbs, or at least none which has been revealed, and were arrested at different addresses. Several other people including an alleged ‘ringleader’ were never found.

The Pattaya Daily News subsequently publish an article‘Justice For Sale’ describing how some paedophiles apparently get off and they referred to a Swedish case.

However Berglund was convicted and jailed for four years for having sex with a 13-yr-old boy. The PDN changed Gibb’s name to Smith.