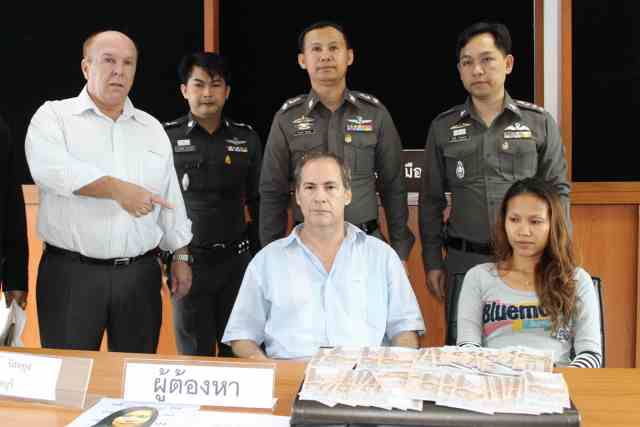 In a statement printed in the Pattaya Times of July 16th-31st, which actually reached the streets in a few places about July 20th  Drew Noyes has stated that he, the publisher, and Wanrapa Boonsu the editor of the Pattaya Times had posted an apology to Andrew Drummond on the website www.pattaya-times.com on June 5th and left it there until June  21 2012.

This should relate to, among others, claims he made that Andrew Drummond was being sought by police, based on an alleged interview Mr. Noyes claimed he had with Police General Supisarn Pakdeenaruenrat head of the Crime Suppression Divison in Bangkok.

Both Police General Supisarn and a spokesman in the office of his superior Police General Phonpat Chayaphan, his immediate boss at CIB subsequently denied to Andrew Drummond that any such things were said at the interview with Drew Noyes.
And they were bemused by the suggestion that they would interfere with Drummond’s news and investigation website. They invited him to return if the problem re-occured.

While Drew Noyes says he has now an issued an apology, he however is curiously still running stories saying Andrew Drummond is the subject of a ‘massive police investigation’.

And he still maintains: ‘Drummond is going off the deep end into a waterless pool and recently involved an unwitting policeman to support Drummond’s lies’

Nobody appears to have seen the apology by Drew Noyes and Wanrapa Boonsu and thus do not know what form it took.

If any of you computer technicians out there can find a cached record of this apology, if indeed it was published, please can you let this site know. This message is of course also for Drew Noyes.

Drew Noyes also claimed in his article that ‘A copy of the Contract of Compromise’ was inserted into the June 16-30 edition of the Pattaya Times.

If anyone has seen this please could they also forward it to the lawyers below.

This may be unlikely as the actual translation of the ‘Contract of Compromise’ was not completed and delivered to him until the last week in June, but please do your best.

This apology however also does not seem to conform with the rest of his latest article in his newspaper  in which some seven weeks after adjudication he finally actually does print the compromise agreement reached in Pattaya Court. His story was flagged by a picture of Andrew Drummond (taken by the Phnom Penh Post)  below the headline.

In it Drew Noyes falsely claims Andrew Drummond has admitted libel and was apparently singled out by the Presiding Judge, who allegedly stated ‘ if Andrew Drummond Drummond violated the terms of the Contract of Compromise she mediated he could be sent to jail.’

Andrew Drummond is unaware of this statement by the Presiding Judge but assumes if indeed  it was said it would it would have been said in a way which applied to both parties.

Finally thanks for all your help and contributions in this matter, especially Messrs.A and Mr.B and friends who have helped restock the ‘Goldenballs’ fund.

The site can accept posts of support. But cannot accept posts attacking the plaintiffs  in relation to this case as they are seeking prosecution for ‘Contempt of Court’.

What Drew Noyes claimed the police said about Andrew Drummond:

‘We will kick him out of Thailand and he cannot come back,’ declared one investigator of the cyber crimes division when he read only a portion of the statements the blogger had written about the ‘police and mafia controlling newspapers,’ the representation of Pattaya as only a place of decadents and attacks on good people that were obviously just to hurt their businesses and reputations’.