WHOOPS – IT SHOULD NOT HAVE HAPPENED!

Reacting to strong protests the British Embassy has deleted Pattaya based ‘One-Stop-Legal-Services’ from its list of lawyers proffered to Brits in trouble in Thailand.


The action was expected. Former Pattaya Corresponding Consul Barry Kenyon had written to the Ambassador Mark Kent and Consul suggesting the action should be taken to save the Embassy from ridicule. 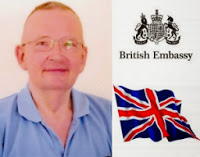 Mr. Kenyon confirmed by post here that both had written back to confirm that ‘One Stop’ would indeed be deleted from the list by tomorrow at the latest. Further an enquiry would be established to find out how the name got there in the first place.

‘One Stop Legal Service Center’ operated by Drew Noyes and Wanrapa Boonsu apparently replaced ‘British Law’ which was removed from the list earlier in the year. That firm is being run by a struck off former British solicitor.

Wanrapa Boonsu and Drew Noyes face trial in Pattaya for the attempted extortion of the Thonglor Clinic, Jomtien, and in a civil case brought by Dutch businessman Theo van der Schaaf over 2.5 million baht which van der schaaf says they misappropriated.

A British old aged pensioner Kenny Blundell, 66, from Croydon, is trying to recover a large sum of money which One Stop has so far failed to return.

This site has been flooded with complaints about Drew Noyes’ current and former ‘legal businesses’ in Pattaya.

Drew Noyes, an American, was the subject of an exposé in the Wilmington Morning Star, North Carolina, before he came to Thailand, he claims, by Royal Proclamation, to help the Bank of Thailand through the Asian economic crisis.

The Embassy list is getting harder and harder to find – but it’s here
At the end of the list the Embassy proffers the following survey. 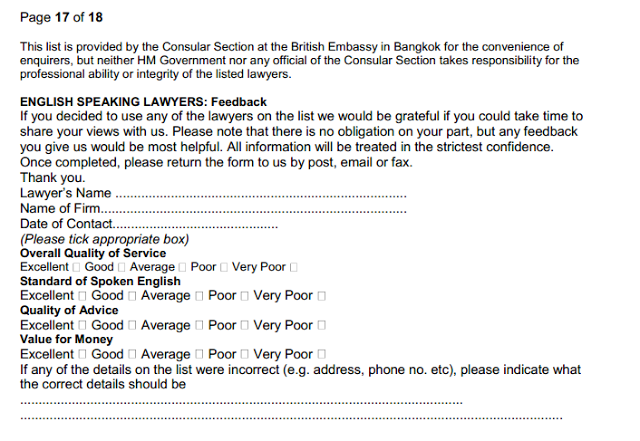 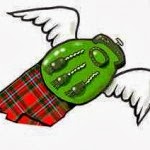 This list does not take into account that some legal firms in Thailand are also internet warriors and could print it out and give very poor ratings to their nearest rivals. The complainants are not required to supply their names and addresses or have to be registered with the Embassy. Some firms needlessly charge U.S. prices. Some hardly talk to their clients at all. Some can’t in English which is why an unscrupulous English speaking smooth talking ‘lawyers’ can sweep the board.
There are good old established Thai law firms who do have English speakers, which do not get a mention (one of which has done well for me) but the Embassy seems to select from names which have a foreigner or foreign name in the partnership.