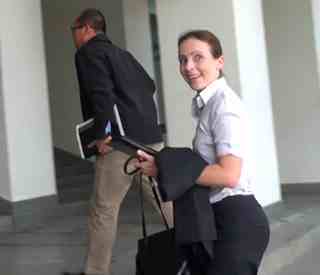 EXPOSED: Was this the biggest child rescue in years or just one big hype?

From ANDREW DRUMMOND,
Bangkok – January 6th 2012
Link:Doubt cast over The Grey Man’s rescue claims: The Australian
Officers of the Australian Federal Police were summoned to the Thai government complex in Bangkok today (Friday) and urged to look into the alleged fake rescue from sex slavery of 21 hill tribe children by an Australian registered charity.

The Australian police officers (right) were asked to attend a meeting at Thailand’s Department of Special Investigations together with officials of the Thai Government Committee on Human Trafficking, The Ministry of Social Development and Human Security, officers from Police Region 5, and Trafcord, a non-government organization which monitors human trafficking.

The AFP have been asked to investigate stories in Australia last October saying that the Brisbane based charity ‘The Grey Man’ rescued 21 Akha hill tribe children and saved them from certain slavery in factories and brothels.

An MSDHC investigation has found that the children never left their village in Baan Khun Suay, Chiang Rai, in Northern Thailand, were all living at home and were attending a school on a daily basis. Not only that; their schooling was provided under a special government fund so all their meals, uniforms and schoolbooks fees were paid for.

The ‘Grey Man’ whose volunteers comprise ex-special forces and former and active Australian policemen, issued an appeal for funds on the net after their claimed rescue. They have supplied cash to the village to help the children with medical and school transport bills.

But on October 21 last year they removed all references to the rescue from their site and Facebook pages. The Grey Man John Curtis President initially announced the rescue had taken place, then denied it again.

He later said his denial was to protect the children.
The meeting was held behind closed doors but a spokesman for Trafcord, Ben Svasti Thomson said: ‘The AFP was asked to consider prosecuting in Australia because agencies believe money was raised under false pretences.
In Thailand the matter is now in the hands of the DSI who are investigating possible breaches of both the Child Protection and Computer Crime Acts.’

The ‘rescuers’ have only been named as ‘Geoff, Jeff and John’.

‘The Grey Man’ President John Curtis has claimed that the children and local community has been intimidated by Thai government officials and his organisation and allies were the subject of a vendetta by Thai non government organisations because ‘The Grey Man’ had shown that they were better. He named Trafcord as his main tormentor.

Trafcord were responsible for the arrest of the Chiang Mai ring which was closed down last year for supplying hill tribe boys to western paedophiles and also recently closed down a brothel in Petchaburi which employed trafficked Laotian women.

‘The Grey Man’ claims to have rescued more than 140 children from sexual abuse in Asia.
Trafcord had offered to help investigate another claim made by ‘The Grey Man’ that a 13-yr-old girl had been raped by a policeman before being returned to a brothel. A claim like this was plausible as it had happened before. But ‘The Grey Man’ said they did not trust any organisations in northern Thailand.
Curtis said he had planned to take the charity’s sponsor Justice McMurdo, President of the Queensland Court of Appeals, to Chiang Rai, so she could speak to the children herself.

‘We are not in the business of telling lies,’ he said.
.Also subject of the enquiry is an American registered charity ‘Children of South East Asia’ or COSA run by an American-Thai Mickey Chootesa out of a shelter called ‘Baan Yuu Suk’ in Mae Rim, Chiang Mai.
Chootesa, whose charity is not registered in Thailand, supplied the pictures of all the children to ‘The Grey Man’ which were exhibited on their Facebook site.

“We have NOTHING to hide” – The Greyman
But he went on Thai Television Channel 7 and claimed that Australian journalists had confiscated his pictures and put them on stories which gave him a bad name.
While human trafficking still goes on in Thailand it has considerably reduced over the last ten years due to public awareness and closer monitoring.

Hill tribe children rarely turn up in the notorious red light areas attended by westerners in Bangkok, Phuket and Pattaya but tend to end up in country brothels, or brothels near Malaysia.

Project Reach, an Australian non-government organisation, has produced reports saying that the trafficking of Asians into the Australian sex trade may be as big a problem.
A flying sporran enquiry

The Grey Man and the Akhas