– JUST WHEN LAOS WAS GETTING USER FRIENDLY – MAGSAYSAY WINNER IS TRUCKED OFF.

Laos has recently joined the ‘to do’ list of young travellers. Vang Vieng the world’s tubing capital  was getting hotter than the Full Moon parties on Koh Phangan, Thailand.

So here is a timely reminder to travellers that they are travelling in a time-warp…and this friendly and charming landlocked country is still very much run by a Politburo – and as there are no active independent correspondents there much of what goes on is under reported.

In my experience if you are followed (rare but can happen) by the Politburo – buy the guy a drink. It worked for me. It would not of course have worked for Sombath Somphone.

The Lao government should urgently investigate the feared forced disappearance of Sombath Somphone, a prominent social activist, Human Rights Watch said today. He was last seen on December 15, 2012 in Vientiane. Circumstances surrounding the case, including security camera footage, indicate that Lao authorities took him into custody, raising concerns for his safety.

Sombath, 60, is founder and former director of the Participatory Development Training Centre in Laos. He is widely respected in the field of education and development not only in his home country, but also across Asia. As a result of his work, Sombath received the Ramon Magsaysay Award for Community Leadership, one of Asia’s top civil honors, in 2005.

“The Lao government needs to immediately reveal Sombath’s location and release him,” said Brad Adams, Asia director at Human Rights Watch. “Lao authorities should come clean on the enforced disappearance of this prominent social leader and take steps to stem the deepening climate of fear his disappearance has caused.”

Sombath was last seen by his wife, Ng Shui Meng, on December 15 as they were driving separately back from his office to their home for dinner. Sombath’s jeep was following his wife’s car at around 6 p.m. near the police post on Thadeua Road (KM 3) in Vientiane, the Lao capital.

Shortly after that, Shui Meng lost sight of his jeep, and he never arrived at their house.

She called his mobile phone many times and heard a recording, indicating that his phone was switched off. On the morning of December 16, Shui Meng reported him missing to local authorities and to the police, and searched for him in vain in all of Vientiane’s hospitals.

On December 17, Shui Meng went to the Vientiane Municipality Police Station and asked to review the December 15 security camera footage taken around 6 p.m., at the spot where Sombath was last seen. 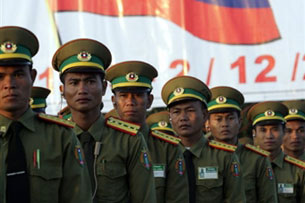 The video footage, which Human Rights Watch viewed, showed that Sombath’s jeep was stopped by police at the Thadeua police post at 6:03 p.m.

Human Rights Watch is concerned that Sombath has been taken into custody by Lao authorities, and that he could be at serious risk of ill treatment. Despite numerous appeals by his family, diplomats, and international nongovernmental organizations over five days, Lao authorities – including the Ministry of Public Security and the Ministry of Foreign Affairs – have not provided information regarding Sombath’s safety and his whereabouts.

On December 19, the Ministry of Foreign Affairs issued a statement confirming the incidents as recorded on the security camera, without explaining why police at the scene did not take any action to protect Sombath and stop what Lao authorities claimed to be a “kidnap” driven by personal or business conflicts.

“The Lao authorities should recognize that Sombath’s years of development work have earned him important friends around the world, and that the clamor for his release is not going to go away,” Adams said. “Instead of ignoring inquiries from his families, diplomats, and civil society, Lao authorities should immediately reveal his location and return him to his family.”

The Lao authorities should set in motion a prompt, credible and impartial investigation of Sombath’s enforced disappearance, and the appropriate prosecution of all those responsible, Human Rights Watch said.

Supported by the Heavens

Enforced disappearances are defined under international law as the arrest or detention of a person by state officials or their agents followed by a refusal to acknowledge the deprivation of liberty or to reveal the fate or whereabouts of the person, which places the person outside the protection of the law. 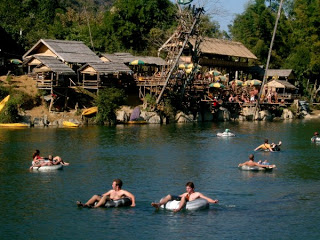 Lao authorities should also take all necessary steps to end the practice of arbitrary arrests and secret detention, including making enforced disappearance a criminal offense and becoming a party to the International Convention for the Protection of All Persons from Enforced Disappearance.

Consistent with international law, anyone detained by law enforcement and security forces must be held at recognized places of detention, be provided all due process rights including access to family and legal counsel, and be protected from torture and other cruel, inhuman or degrading treatment.

“The Lao authorities should realize that the risk to their international reputation grows by leaps and bounds every day Sombath’s whereabouts remain unknown,” Adams said.