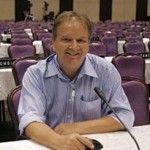 (This first letter above written in English was publish in the Nation,
not a place red shirts will be looking for their news , but I’m sure
its now all over the place. The second letter is quite interesting too.
Somtow is perhaps too pro-Abhisit/Anti-Thaksin for some, and if its
aimed at the red-shirts it is rather patronising, but again its really
aimed at us foreigners, so try the link below to the Economist. I don’t
agree with everything but its a fairly good round up of the situation
and has a go at all sides. A little bit quite smug too, and again it
drags Royalty into it without explaining who really wants to drag
Royalty into it and why) The Economist does not speak with the same
authority as it used to, but then again I may just be getting long in
the tooth.

But after reading it you should also take in to account this reply from Vimon Kidchob at the Ministry of Foreign Affairs.

This is a blog only

So did the press get it all wrong?  How did the whole world
miss some salient facts behind the recent red-shirt demonstrations in
Bangkok?
Well, as a member of the press I must somehow be involved here. But I
can honestly say that I never saw anybody lie.  I do not think …………………..
I’m sorry. I interrupt this blog for an important announcement.

Certain events have overtaken this blog to render it quite obsolete.
Thaksin Shinawatra has essentially accused the present government of
human rights and of burning down Central World. As an ex policeman he
knows all this, he has told ABC Australia, adding that no soldiers were
killed!
And secondly the South East Asia Editor of the Times was held at gunpoint in ‘five star’ hotel but it was no big deal.
See here: ‘Detained in my Bangkok hotel but when people are dying that’s no big deal’
I chuckled at headline. It sort of sounds like ‘Don’t worry I’ll be alright’.
The ‘Times; also claimed that the ‘Nation’ reported that red-shirt
leaders were crying with joy on their way home is a rare breach of the
government clampdown on the media. (Geddit? Neither did I)
My only take on the situation here is that one person I consider honest, and the other I consider not.
We’ve yet to see if the unblemished one can made some radical changes
to the status quo here. And that cannot be done without a massive
revamp to the justice system, including the right to question judges
decisions. He may also need to remove the immunity of MPs from
prosecution, so Parliament is not filled with crooks.
Either way we could be heading for either a dictatorship of socialist
state, neither of which allow freedom of expression or much else for
that matter. Actually we have been told we have a dictatorship and a
tyrant already. Boy will these people be surprised when they actually
get one.
I had originally written a blog pointing out what I thought the
international media had missed or how people had been misled.  But then I
thought, well how patently ridiculous. Now matter how the international
media is regarded at them moment, when its wrong things tend to come
around full circle again anyway. I mean the Daily Mail once thought
Adolf Hitler was a good guy.
Actually the press always backs the underdog in a social revolution.
But this has always been a country of blatent hyprocracies where behind
every truth there is an equal and opposite lie. So nobody gets it.
I thought, well, those complaining about the international media here
should look at the Thai media.  We have for instance a story about the
public hue and cry for Thaksin Shinawatra on terrorism charges on the
front of both English language papers.
But neither newspaper has actually yet, from what I can see, sent
someone actually into the court to look at the depositions/ statements
or listen to see what evidence was presented against Thaksin. It may
have been rock solid. It may not. Its a bit silly arguing about whether
Interpol will accept the warrants without this info.
His speech to the Red Shirts saying he would be with them as they
went to Bangkok with their tractors etc looked like he was was heading
in that direction.
But he has a water tight alibi for last Wednesday: He was shopping in
Louis Vuitton in Paris with his daughter.  And that’s where the leader
of the people’s revolution ought to be, its a lot safer.  🙂
But singing to ‘my Red Shirts’: ‘Asking me to stop loving you, is
like asking me to stop breathing’ is not a terrorist act – even though
some people may have leapt off a few high rises when they heard it.
Best sit tight and see how this develops.
Meanwhile I see Time
magazine is advising Abhisit Vejjajiva as to what not to do. They are
linking the recent demonstrations with Tak Bai.  Geddit? No I don’t
either.
And finally if you think press and TV were anti-government and pro-red shirt (until the burnings) then you should read this.