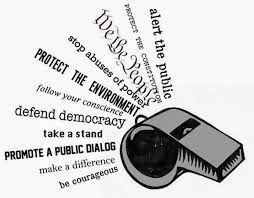 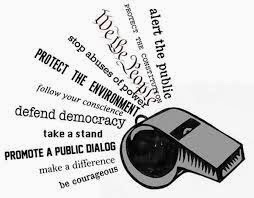 Thailand’s capital Bangkok was in a state of tension today
as nearly half a million* protesters began to march on Government departments –
and pro-government supporting ‘redshirts’ flooded in from the provinces to support the government
of Yingluck Shinawatra.

But if the city was on edge, a lighter moment came when anti-government protesters besieged the headquarters of Thailand’s Department of Special Investigations (Thailand’s FBI) – which had warned ‘whistle-blowers’ that they faced arrest – and let rip with a screaming cacophony of shrill blasts.
Thai politics is not without both its humour  but those moments have a habit of descending to extreme violence. The DSI operates under the Ministry of Justice and is meant to be impartial – but more recently it has been just another tool of Prime Minister Yingluck.
Last week the DSI chief Tarit Pengdith said he had instructed DSI staff to take photos of the people who blow whistles at them. The agency would file police complaints against every single  whistle-blowing attacker, citing a breach of section 370 and 397 of Criminal Code,  and use the photos as evidence.
The penalties are not great. Section 370 of the Criminal Code says that if someone creates noise that panics or troubles the public, that person is liable to a 100 baht fine. That’s about £2.
Section 397 says someone who causes embarrassment or humiliation to others could face a maximum jail term of one month and or a 1,000 baht fine about £20 but the trial would become a circus and cost a hundred times that.
The capital has been simmering for days and 16 foreign governments
including Britain have warned ‘non essential’ visitors to stay away. Last night
crowds around the city’s democracy monument were said to have numbered over
444,000*.
Central to the protests was a bill which would have provided
Amnesty to Thailand’s former Prime Minister Thaksin Shinawatra, who was
convicted of corruption charges, and is now living in exile, mainly in Dubai.
The former owner of Manchester City football club won
landslide victories with his Thai Rak Thai (Thais Love Thai) Party mainly to
his populist policies which put more money in the pockets of poorer Thais from
the North East of the country, whose support kept him in power.
Opposition Democrats walked out of Parliament for the
reading of the Amnesty Bill, which was passed in the Lower House, and rejected in
the Upper House.
Then later the government was accused of craftily slipping last minute
amendments to a bill on who could be elected a senator, even allowing their MPs to vote without even being present in
Parliament.

The Amnesty Bill and the governments sneaky senatorial moves were the catalysts but there also appear to be a few grudges matches in the making.

Democratic leader, Eton educated Abhisit Vejjajiva, a school
and university friend of both  Boris
Johnson and David Cameron, was keeping a comparatively low profile, leaving
things to his political fixer Suthep Thuagsuban, who led the first march on the
Budget Bureau.
Thousands of people have been blowing whistles despite the DSI’s ruling. In London Thai students demonstrated outside Thaksin’s British home.
In Bangkok protesters also marched on the Budget Office and a number of television stations.

A violent moment came when Nick Nostitz a foreign freelance journalist, who specialises in Thai politics, reported that he was attacked by anti-government supporters after a Democrat M.P. identified him to the crowd as ‘a red shirt journalist’. The incident immediately drew protests from other foreign journalists in Bangkok.


STATEMENT FROM THE FOREIGN CORRESPONDENTS CLUB OF THAILAND

FCCT CALLS ON THAILAND PROTEST LEADERS TO PUBLICLY GUARANTEE JOURNALISTS’ RIGHTS
An accredited foreign journalist was today assaulted by anti-government protesters while doing his job covering the ongoing protests. Details are not clear but initial reports say a speaker from the stage singled him out, triggering the assault. The incident was also featured on Blue Sky TV, and Internet comments continued to target the journalist. The FCCT deplores this in the strongest possible terms, and calls upon protest leaders to unequivocally and publicly state that the rights of journalists, foreign or Thai, should be respected.
* Local media estimates are often unreliable