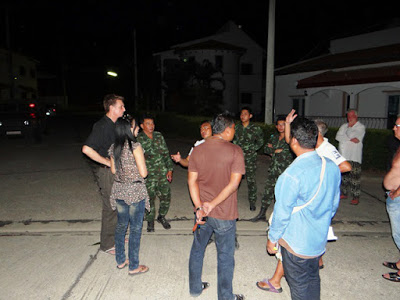 The Thai military have moved in on Dutchman Dingeman Hendrikse, known as Dinky, who has been terrorizing elderly home buyers in the resort of Hua Hun, 100 miles south of Bangkok for over ten years.

Hendrikse’s activities were exposed on this site in an investigation published in August and September 2010.

His blatant property frauds were supported by local officials.

He had employed Jason Coghlan, brother of British gangland figure Arran Coghlan ‘The Teflon Don’ to keep residents of the Avalon Housing complex in Hua Hin under control.  Some 100 plus house have been sold by Hendrikse, who has yet to hand over their property deeds.

It is feared that Hendrikse may have used the deeds to raise further loans. But he himself has been loaning money recently to another property fraudster Alan McDonald and is having trouble getting it back. 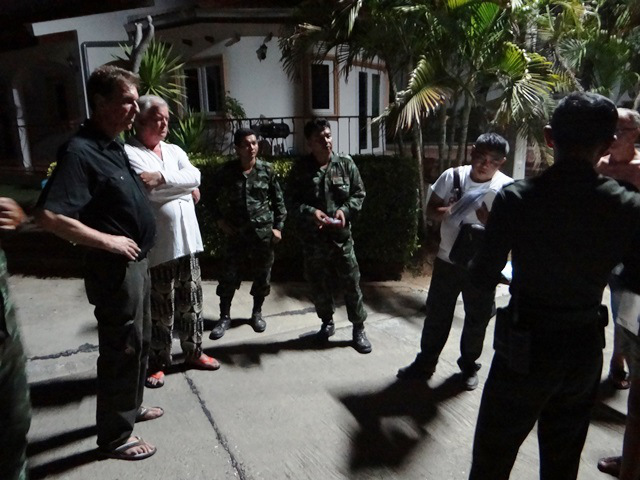 Yesterday Dinkie and his wife were summoned by the army to the Amphur in Hua Hin. Reports say that he has been given two weeks to hand over the deeds.

The matter appears to have been taken out of police hands. Police had done nothing about numerous complaints for years. 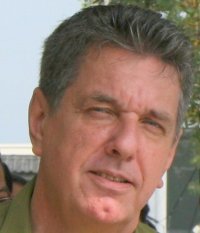 Nobody has been able to sell their property except back to Dingeman who offers 1/3 of what they bought it for.

Jason Coghlan was given a house at the entrance to the Avalon estate in Hua Hin, now known as Khao Soi – and from there he was able to see people come and go.

His job was to shut up all complainants which Coghlan claimed he did quite successfully. However Coghlan like Dinkie even less and told him where he could put his job.

He later moved to Spain where he set up Jacog Law offering legal advice to the British criminal fraternity.

Footnote: It appears Hendrikse has been on an army general’s hit list for years. The local army has watched the police do nothing but now they are in control they could be free to act. That is one benefit of the current government. The Thaksin regime was heavily supported by police who in turn benefited by blind eyes being turned as they profited from these sort of scams. But at this stage there has been no suggestion that the actual military government is involved. Local generals tend to act unilaterally. There are claims that the ‘other side’ has its own general too. There seems to be quite a bit of score settling going on which is not making the Thai English language media at least.