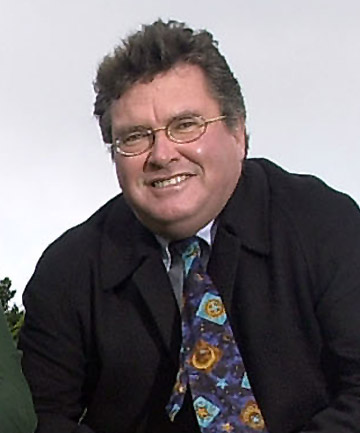 A former Syrian Commando, living in Pattaya, Thailand, after being given United Nations refugee status, went on trial today for the murder of the President of the World Croquet Foundation.

Ryad, who was reported to have obtained a job as a chef in a Lebanese restaurant is alleged to have stabbed Jones, who was gay, in his condominium at the Jomtien Complex Condotel and then stolen his computer, wrist watch and mobile phone.

He was caught on CCTV leaving Jones’ apartment and arrested within four days.

After his arrested he claimed that Jones had demanded sex. An argument followed and Jones picked up a knife. He claimed it was only through his Commando training that he managed to turn the knife on Jones, who stabbed himself with his assistance.

The prosecution says they will question  Mohamad Ryad’s commando training.  Jones, said police, was repeatedly stabbed in his neck and upper body.

Further his brother-in-law Robert McMillan has been quoted in the New Zealand Press as saying:

“Claims that he had struggled with Ryad were extremely unlikely, considering he had injured his shoulder after falling on the London tube only weeks before.

“Then in Hong Kong he fell on it again and on the Sunday he rang, just before he was murdered on the Monday, he said: ‘Look, I’m going to have to have my shoulder looked at.  I can’t even lift my arm above my waist”.

Charles Jones had received the Queens Service Medal for contribution to sport. After a long absence he had returned to Westport on New Zealand’s South Island,  to look after his mother who died last year aged 91. He took up playing organ at the local St. Canice Catholic Church

He was planning to leave Westport and move to Pattaya.

“He was often in places where the game is not established at the moment, as part of his duties as president of the World Croquet Federation promoting the sport as the sport’s ambassador.”