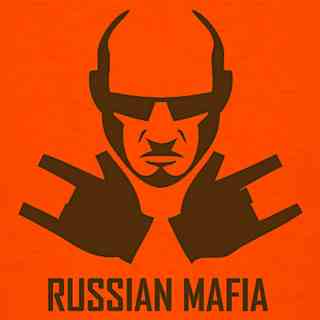 The conversation was not muted at all but I guess we were out of earshot of most of the golfers practicing their swings at Pattaya Driving Range.
One Asian golfer slicing a ball into the netting to his right did look in our direction a couple of times, but he seemed more concerned about what we thought of his Tee-offs.
‘Its easy; no problem.   The fastest boat in the province is available.  We can get him miles out to sea in minutes.  He would never be found. Nobody would care.  But that would not solve the problem,’ spoke the person directly in front of me.
HE in this conversation is 63-yr-old Briton Richard Haughton the former President of the Pattaya-Jomtien Rotary Club, exposed here as a man behind massive property rip-offs in the Pattaya area, and who some people at least want to put in Davey Jones’ Locker.
At this point I need to point out that I had egged the pudding so to speak. Having suggested that I heard there were quick local remedies for ‘ne’er do wells’.
Haughton is the boss of TPME Co. Ltd.  – Thailand Property and Media Exhibition Co. Ltd.  A couple of months ago buyers of units in a condominium called the ‘Emerald Palace’ on the city’s Pratamnak Hill, found that their investments had gone up in smoke, or rather into a 71 million loan to Mr.Haughton after he gave their title deeds to a bank. The fraud, for that is what it is, was exposed here three stories back.

Residents on another estate, Lake Villas, rebelling against his business practices, have found their water and electricity cut off.  On other estates called Fox Lea 1 and 2 yet more are confronting his ‘Chairman’ Nicholas Pearce, who has slipped back into Thailand, and ‘CEO’ Paul Salisbury to deal with a revolt over shoddy workmanship.
Haughton has been comparatively safe. His victims are all foreign.  Thais as are uninterested about foreigners cheating foreigners as the ‘Met’ might be about Mexicans cheating Mexicans in London.
Haughton (below right) has been keeping local Thais happy, and he has been strutting the town as a charity-do-gooder – a pillar of society, while apparently secretly robbing Peter to pay Paul.

Initially Pattaya Police refused even to take a complaint.  And their officers stood by watching when Haughton’s henchman moved in on Lake Villas to remove the paid for electricity and water meters of the beleaguered expats there.
The DSI – Department of Special Investigations (Eastern Region) – to whom the victims were referred by Pattaya Police, spoke a lot and also did nothing , or perhaps worse than nothing  as one of their officers was accused of trying to force the victims to settle with one of Haughton’s holding companies, while claiming to put out the equivalent of an all points bulletin for Haughton’s arrest.
This was not looking good for those people who had lost their life savings as hundreds of people in Thailand have done before them on bad property deals.
It looked like the situation was heading south.
But now the DSI have been side-stepped and Haughton is being hunted and/ or investigated on three fronts.
Now if you think my was meeting was with mafia figures talking about fast speed boats you would be quite wrong.   I was talking to the ‘good guys’, well perhaps wise guys of a sort.
Wise guys in Pattaya can put together snatch squads as easy as turning a tap. But they are not going to in this case.
The first two groups chasing Haughton are the ‘owners’ of the Emerald Palace and there are two teams there – The Russians and ‘The Rest of the World’, mainly Brits, Finns, a feisty Canadian, and other Europeans.
One of the Russians ‘ has influence’ and has brought in his own lawyer to deal with the problem the ‘Russian way’, one that does not involve Thailand’s sluggish court system.
Their leader whom I shall call ‘Ivan’ has been gesticulating and talking loudly looking with contempt at the stupid Brits of the ‘Emerald Palace’ who ‘know nothing’ about how the system works in Pattaya, saying the Russian way is best. His lawyer has been nodding in agreement.

It’s true about the Brits of course. The Brits are just Brits who want a pad in the sun with whatever Pattaya has to offer or local Brit investors like Lee Booty, 53, from Stepney who boasts one of the best English breakfasts in Pattaya at his restaurant  from which he can see TPME’s temporary offices in Thappraya Road.
One aspect of course they did not anticipate is the various mafias. They have heard all the stories but only in relation to other people.
The consensus, among representatives of the British group, is that ‘Ivan’ wants the Russian Mafia involved. He is a bit loud, not a mediator.
It might be sort of comforting to know ‘Ivan’ who has been duped as well as the Brits into putting millions up on an off-plan project, is a member of the Russian mafia.
But I don’t know how ‘Ivan’ came by his money. It could have been earned from heard honest toil. It could have been easy.
For a lot of Russians in Thailand it seems to have been easy, but there seem some very nice Russian ladies at Emerald Palace who seem miles away from images of Makarovs or Klin sub-machines guns.
The Russian method, not to put too fine a point on it, is to approach Haughton and his cohorts and meet over dinner.  That’s talking euphemistically.  He will not be getting blinis, borscht or caviar. They have, says Ivan, impeccable police contacts. But they are the sort of contacts, I suspect, who are impeccable until things go wrong.
The Thais laugh off the Russian Mafia threat as a little bit silly.  The Russians are here and tolerated because they pay their dues. That’s why Uzbeki and Russian speaking girls from all the ‘Stans’ get arrested, while real Russians*, Ukrainians and even Romanian prostitutes can ply their trade with impunity The one time a group of Russian girls did get arrested they brought Pattaya Police Station in Soi 9 Beach Road to a standstill with  Russian patriotic songs (One caught on tape was ‘Katyusha’ sung here by the prancing Tomalchevy  but so the Brits can get on with their Russian neighbours here is the rather weak English version)
Katyhsas were also the barrages of rockets the Russians fired against the German Army in the Second World War
If they overstep the mark those responsible would face a larger and greater local threat, it appears. It would not be good for the Russians to take cash off the locals and no matter how senior their policeman is he in unlikely to be the deciding factor. There are higher beings.
—————————————————————————————————————
( Having written about the execution  of a Brit, Tony Clements,  a former member of the British ‘Charlie Richardson’ gang who was gunned down in Pattaya years ago in what was clearly a local strike by guys almost out of uniform (white t-shirt short and bomber type jacket) I can easier understand how local arrangements work.

Clements and his mate Glyn Croft, set up a bar called ‘The Gorilla Bay’ in Pattaya’s Beach Road, Soi 2, and had a strong handle on steroids and exotic substances.  They also did extortions.
After Clements was gunned down in Pattaya, Croft came to me for help in Bangkok.  Actually he put his hand on my shoulder from behind in a dark pub and said in a South London accident: ‘You Andrew Drummond then?’
Right: Croft at Centre Point. He was returned to prison in the U.K.
Five minutes later – after I had cleaned up the mess  No just joking here – he asked me to clear a way for him back to England.  I did that and he was housed by British law enforcement in Centre Point, Pratu Naam, where he created havoc apparently warding off women whom, he thought,  should look after him for free, before he could be flown back to the prison from whence he had escaped.
The most memorable thing about these two guys was that they had to develop another method of torture in Thailand as the two bar electric fires which they used in England were not readily available in Robinsons.
——————————————————————————-
Anyway the Russian way was dismissed by the reps for the ‘Rest of the World’  Bleeding an anemic pig is not going to help. It’s not Haughton who is holding the cash but the Kasikorn Bank.  For the ‘Rest of the World’ plan to work they do not need Haughton to be hanging from the rafters.
I can only reveal it when I fall on my sword.
Then of course there is a third group on Haughton’s trail. They comprise the management team Haughton brought in to sort his books and give him respectability, who claim he fired them after they pointed out the ugly truth.
Britons Martin Simons and Robin Warren have both won their cases against TPME at the Labour Court.  Mr. Simons has a court order for seizure of assets.
It will not now at this point surprise readers that the value of TPME is just 50,000 baht, while his Headland Holdings Ltd is 50 million.
Haughton is keeping to the shadows while directing his own troops by phone and email. His known bank accounts in Thailand have been drained and his staff have been moved to satellite offices in Lake Villas and Thappraya Road, Pattaya.
As for the Russian mafia, I know little. I have to defer to the greater knowledge of an old colleague, and sometime sparring partner at the FCCT, Bertil Lintner,  a journalist who has spent a lot of time looking at the Russian mafia in Asia together with his own ex-KGB aide. You can read some of his stuff here.  Its a little bit historical but reading between the lines the Russian mafia in Asia don’t have it all its own way at all.
All the same if I were on the board of TPME I would be more cautious of sitting outside ‘The Paradise Bar’  on Thappraya Road, as if I did not have a care in the world.
But perhaps finally I should state that I have no personal knowledge of persons or persons about to commit a crime and of course I hope it does not happen.
But these are interesting times.
_____________________
*An unsubstantiated remark about two murders in Jomtien has been removed. My apologies for this lapse in judgment.