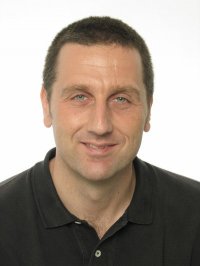 A top ranking executive of the Royal Bank of Scotland was described as an ‘arrogant bully’ today after he got out of his top of the line Bentley Sports to smash and break the windscreen of a Mercedes with his bare fists.

RBS’s head of EM, Credit Structuring and Repacking Asia Pacific was today accused of terrorising a mother, her four year old son, and a group of middle-aged  ladies after bringing his Bentley Sports to a screeching halt cutting up the 34-yr-old mum who was driving a Mercedes.

In an incident in Singapore he smashed and broke the windscreen of the woman’s Mercedes with his bare hands while delivering a torrent of verbal abuse in English which she did not understand.

When the woman said she was calling police, Stefan Masuhr, 45, suddenly discovered that his daughter, who was travelling with him, had a bump on her head and needed to take her to hospital, said the woman.

He thrust his card at the woman said: ‘I will pay for everything’ and drove off in his Bentley Sports.

She said she got out of her Mercedes to avoid the shards of glass from her windscreen.

“I was shocked by his behaviour and shocked that he could actually damage the windscreen using his bare hands. And I was afraid that he would hit me too,”  Madam Wang told The New Paper.

“When he found out I had called the police, he said his three-year-old daughter, who was in his car, had bumped her head and was crying and he had to take her to the hospital.

“But when he carried his daughter out of the car she seemed fine.”

RBS Executive gesticulates beside the cheaper Mercedes
The police arrived shortly after Mr. Masuhr, a German national formerly with the Deutsche Bank drove off.

Added Mrs.Wang:  “Did he think I wasn’t a human being and that just because he’s rich and drives an expensive car that he can just bully me and pay me off?

“He was very arrogant. His attitude was too much.”

Witnesses to the incident included a group of elderly relatives, who were following Mrs. Wang’s car.

“Some of my relatives were visiting from overseas… Three of my aunties in their 50s to 60s were in another car somewhere behind mine.

“My elderly aunties stopped their car behind mine during the incident so they saw what happened and my son was so scared his face turned white,” she said.

Mr. Masuhr has refused to comment. Mrs. Wang says he has confirmed in an email that he will pay the damage to her windscreen but he claimed he had also filed a police report and that he had taken his daughter to see a doctor for her injuries.  She said had not cut him up earlier as was suggested

“There was not the slightest remorse or even the sign of an apology.To us, it’s not about money, it’s about justice. What he did was totally uncalled for.”

Comment/Trivia
RBS, the Royal Bank of Scotland, which prints its own banknotes, is now majority owned by the British government after its performance, much to do with sub-prime lending, contributed to the 2008-9 financial crisis, which is ongoing until this day.

Interestingly the Royal Bank of Scotland which was given its charter by King George 1 supported the whigs and the Hanoverians and subsequently of course ‘Butcher Cumberland’ who decimated many highland clans and families, including the Earl of Perth, and House of Drummond.
On the other hand the Bank of Scotland supported the second Jacobite uprising of 1745 against the English sassenachs. Hence I have to declare an ‘old score’ interest in this story.
Having said that the most famous branch of the RBS outside Scotland is Drummond’s Branch and was originally called Drummond’s Bank, founded by a certain Andrew Drummond on the corner of Trafalgar Square and the Strand. Only goes to show that when Drummonds become bankers they throw all loyalty to the wind…either that they just want to make money off the English.

No chance of road rage between Honda City or Toyota Vios owners in Singapore then.