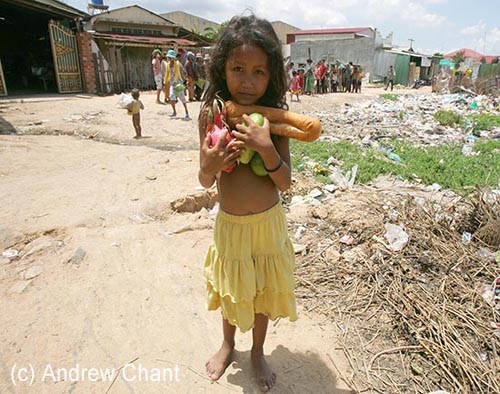 In June 2010 Andrew Drummond working with photographer Andy Chant were called to Phnom Penh, Cambodia, to investigate the activities of David Fletcher, a Briton who had set up the ‘Garbage dump project’.

Food is good no matter where it comes from
Fletcher, who had a conviction in the UK for the sexual abuse of a 15-yr-old, subsequently fled the country, after his past came to light, and was arrested by The Royal Thai Police, who had put into affect a new policies banning people with a history of child sexual abuse from entering the country.