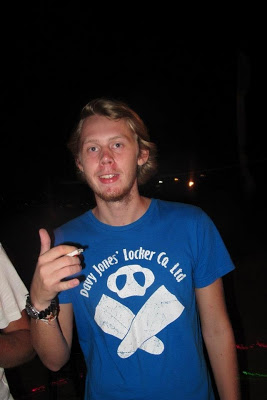 -HAS TOM ARMSTRONG GONE AWOL OR IS THERE SOMETHING MORE SINISTER – MAYBE YOU CAN HELP. 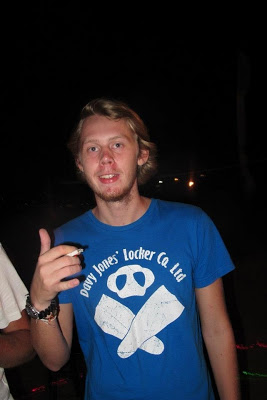 This story has had a mention on the internet before but a family in England are worried sick about what could have happened to 22-year-old Tom Armstrong a young Briton who has gone missing here.

Now Suffolk Police have been on to me direct after being referred to this site by. A media appeal has so far been unsuccessful.

Tom Armstrong of Kelsale, near Saxmundham, Suffolk left for Thailand in April 2012 to take up a dive master course on the island of Koh Tao

During his time there Tom here he has been in contact with his family via email and Facebook.

According to Suffolk Police:

“In one such email Tom stated that he would be catching a flight home on Tuesday 8 January, arriving at Heathrow on the morning of Wednesday 9 January.

“However, he did not board his flight and has not been in contact since.

“Tom’s family and police are growing increasingly concerned as to his whereabouts and are appealing for any information that would indicate where he is, and that he is alive and well.

“Tom is described as approximately 6ft 2ins, of medium build with fair, slightly wavy medium length hair and sometimes has a short beard, which is more red than fair in colour.

“If anyone has information that could help police with their investigations they are asked to contact the Suffolk Police on 101.” (from within UK)

Bank records show that a cash withdrawal was made from Tom’s account on January 16.

Detective Chief Inspector Neil Luckett said: “No contact has been received from Tom for over two weeks now, and despite our efforts so far, we have not been able to locate him.

“We therefore remain concerned about his welfare and we are urging anyone with information about Tom, in the UK or Thailand, to come forward.

“We have been working very closely with Tom’s family and are in liaison with authorities in Thailand to try and ascertain his whereabouts and to establish whether or not he is safe and well.

“If Tom is reading this I would urge him to contact us and let us know he is safe.

“If for whatever reason he does not wish to speak with family or friends I would ask him to contact the authorities in the UK or wherever he is, so that we can be assured he is OK.”

Tom’s mother Helen Armstrong-Bland describes her son and kind and considerate who loves the outdoors. He was taking time off before applying to join the Royal Navy.

It is difficult to speculate on the problem but Tom may have run into some trouble in Bangkok on his way home.