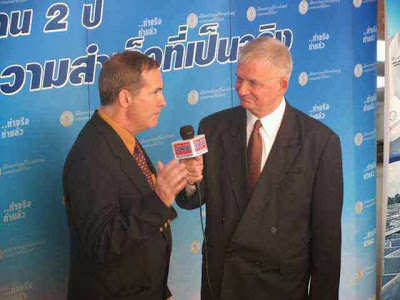 
Congratulations are due once again for Niels Colov – the proud recipient of a fake UNESCO award, and a Knight of Rizal in the now defunct Pattaya branch of the Knights of Rizal.  He’s done it again. He has just won another totally gobsmacking award and is trumpeting this on his Pattaya People Television and his Pattaya People newspaper.

So what’s he done this time? Well according to the Pattaya People he “won the very first World of Professionals Thailand Professionals Award for best regional English Newspaper in Thailand.
“The award was given to Pattaya People Newspaper after coming top in a questionnaire sent out to prominent people in Pattaya and Bangkok, and Pattaya People outclassed all competition in 15 categories.
“The ceremony took place in front of a host of celebrities at the Plaza Athenee Hotel in Bangkok on the 9th December. This 3 day convention recognized the valuable contribution of network marketing leaders across Asia and Awards are given to selected people who have made a difference in Thailand and around Asia”.

Er, top regional newspaper in Thailand? Does he mean provincial? Nobody thought to ask anyone in Chiang Mai, Phuket, Hua Hin.  And has the Pattaya People really made a difference to Asia? I concede he had made a difference to some people in Pattaya. Not always for the good.

Does anybody know anybody who answered this questionaire – apart from Niels?
I had to check this one out. Well yes there was a function by the World of Professionals or Thailand Professionals at the Plaza Athenee on December 9th and 10th. The hotel told me.
But I cannot find any publicity for this anywhere except on Thailand Professionals’ other site Asian Networkers. Thailand Professionals produce a glossy magazine every two months glorifying Thailand’s entrepreneurs.
So these are internet professional marketers. But where are they marketing their awards?  I guess we have to wait for the next issue of their magazine.
Perhaps Niels has got the award for marketing himself from a former Copenhagen pimp with underworld connections to one of the most upstanding foreigners in Pattaya.
Nothing anywhere except the Pattaya People – and on checking it appears that the Pattaya People is actually a partner of ‘World of Professionals ‘ or ‘Thai Professionals’.

The boss of ‘World of Professionals‘ and Thailand Professionals lists among his former jobs as Associate Director of the 1000th Missionary Movement in India. Objectives:

To protect Adventist youth from evil influences of the world by instilling in them sound Christian principles during training.

The second is to help finish the work of the gospel, particularly in unentered territories of Northern and Southern Asia-Pacific Division of the Seventh-day Adventist Church. 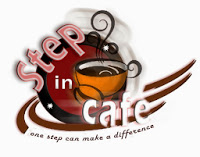 AS for Shanin Pilli’s ‘The Pilli Group’; actually its owned by the owner of Step In Cafe in Ramkhamheang. You would be hard pressed if you checked out Pilli’s website to see what he actually does..  Put it this way – He either does everything or nothing and is great at both. But the Step In Cafe does good coffee I’m told.

I contacted one of the members on Linkedin and asked him’ You’re a member of Thailand Professionals – what is it?”

“But you endorsed them for social networking on linkedin.
“I endorsed them for social networking?
‘Well yes mate,  I probably did. I get these things on Linkedin all the time.  I generally tick yes because people see you are a member and must be okay.
‘It’s a load of old rubbish. You can write what you want on Linkedin, endorse anybody for anything, and it becomes a fact. All these things are a pain in the backside but one has to have an internet profile. If not people are suspicious.”
The Pilli Group of companies lists among its partner companies – Boxworld – but when you click on Boxworld – all you get is a message saying ‘Hello World’ and ‘This is a little embarrassing’. 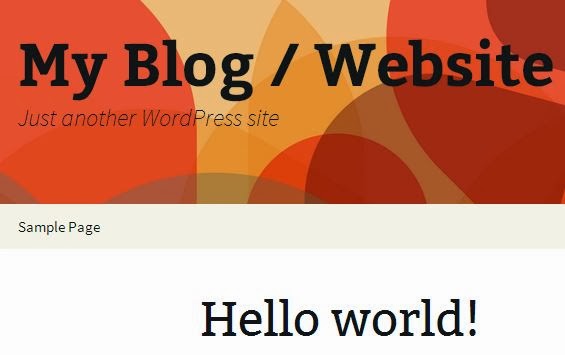 It also links to Asian Networkers  and  to the International Association of Direct Selling Companies, er, but IADSC gets you back to Asian Networkers.
You know what I mean. You can go around in circles on the internet. Anywhere here’s some riveting television enhanced by the monotone of a newsreader whom you certainly would not let read your kids a bedtime story.

But I think I know where I’ve heard him before