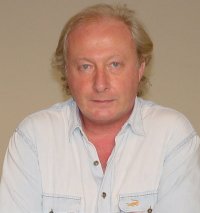 A British editor holding together the Pattaya Times newspaper – apparently a partner paper of the Bangkok Post – has quit amid a controversy over the paper’s widespread ‘lifting’ of most of its material from a variety of journalists and news organisations worldwide.

His resignation follows the departure of the paper’s former Chinese-American editor, a New Zealand sub-editor, and two Filipina staff. The latter quit after receiving just 4,000 baht and 7,000 baht for working a month at the newspaper’s offices in Pattaya.

Journalist and photographer Ken Barrett, who is based in Bangkok, however said he had no idea who had been lifting the stories, which comprised most of the written copy in the Pattaya Times. ‘All that stuff was done in Pattaya,’ he insisted.
Plagiarism Central
In fact Mr. Barrett did actually sub some real copy including some from the papers publisher American Drew Noyes, but lately never saw the final product.
He said he was much more concerned about getting involved in any libel action with Mr.Noyes, whose exploits have been detailed on this site, and many years ago in the New York Times owned Wilmington Morning Star in Carolina Beach, N.C.
Contacted at first through Facebook, Ken Barrett, a well known production journalist in Bangkok, was not totally taken by surprise.

Above was his initial reaction, then he said quite frankly: ‘I subbed copy which was sent to me from Pattaya which had been translated from Thai to English, but I have been concerned for some time about the newspaper, having seen stuff on the internet version which had absolutely nothing to do with me.  I had also been drawn to your website.’
He also checked for libel, he said, but had not seen Noyes’ latest outlandish reports before they were publish on the net.
The theme of his reports and internet resume is that he is good for Thailand

and other people are not – as in this rather all encompassing headline – which with a bit of name juxtapositioning could probably be substantiated.

Noyes did not want to submit his more recent reports for libel checking and Ken Barrett did not want to hang around, not after we revealed here that Noyes had totally invented the ‘facts’ that I was being sought by police and that the MCIT had ordered the closure of this site.
‘I’m out of here’
Mr. Barrett  had taken over from the American Chinese called Tom, whom Drew Noyes said, had been fired for not being up to scratch. I was interested in talking to Tom:

Anyway I am only referring to Ken and Tom as editors because they seem to have been putting the paper together. The official registered editor is of course Wanrapa Boonsu, Noyes’ wife. She must be at the nerve centre of operations, directing the reporters, photographers, graphics men and sub editors.

The most recent issue of the bi-monthly Pattaya Times, which owner Drew Noyes claims in his American Chamber of Commerce entry has a circulation of 500,000, is 14 broadsheet pages.  Four pages of that however are classified advertisements lifted from the ‘Pattaya Trader’.  Pattaya Today offers 48 tabloid pages for the same price.

The Pattaya Times splash on October 16 was a protest by Koh Larn residents which actually happened on October 6th and was reported widely elsewhere at the time.
Although no other papers reported this: “It is fun to go to Koh Larn despite the protest which will be resolved in a politically correct manner’.

Most of the stories were again copied from other publications on the internet, including one from the New York Times,  under the name Visith Pinpawong, and several again appearing under the name of Drew Noyes’ wife’s name Wanrapa Boonsu.

One classic lift, credited to Wittaya Yensabai, who is a retired MCOT (Eastern Region) director, is a column on beauty tips. Yensabai tells women how to have full luscious lips  ‘in about 30 seconds flat’ and advises ‘Give yourself a knife free face-lift too with some deft strokes of the powder brush’ .

‘A luminous face is a short cut to feeling fabulous,’ says Yensabai , whose face might gain another hue if we confronted him with this article as it actually comes from ‘YourBeautySpot’ at ninemsm, Sydney, Australia.

Retired civil servant  Wittaya Yensabai? Strange, sounds very similar to a member of the MICT who, a couple of weeks back called my internet provider and ask him to close down my site, but who was later very apologetic when I called up. ‘No! No! I’m retired. We have no interest in your site.”

Drew Noyes devotes his entire Drew Noyes column over to a request from a Thai national calling herself  Natallie Yingsabooth.  While Natallie appears to write good English she hasn’t go a clue as to how to get a Thai passport  to visit her boyfriend in England.  So who do you got to? Obviously American Drew Noyes.

And she clearly cannot speak Thai either because she signs off ‘Kap Khun Ka’, just the way Drew does.

Sage
Drew Noyes then tells her where the passport offices are and as a bonus to get a visa, he suggests, she should go and see the (now-ex) British Honorary Consul Howard Miller.
Anyway what happened to Les Edmonds, the Brit pensioner Food and Dining Out correspondent who recently asked on this site for any recommendations for a new job after we revealed how he had stolen someone else’s recipe?
His name, he said, had falsely been put on top of a cookery column not written by him. It was a recipe by Darlene Schmidt. Remember her recipe for Thai Spring Rolls? Who could forget?

Seems like it has happened again. Now Les’ name is again under another of Darlene Schmidt’s recipes – this time for Thai Green Curry.
Its Pattaya – you just can’t make it up!  But if its the Pattaya-Times we guess you just have to.
Meanwhile will the Pattaya-Times last until Drew Noyes’ forecast lucrative special issue featuring Thai Polo Club events this December?
Mamma Mia! How many chukkahs will it take before they realise they should call in the flagman?