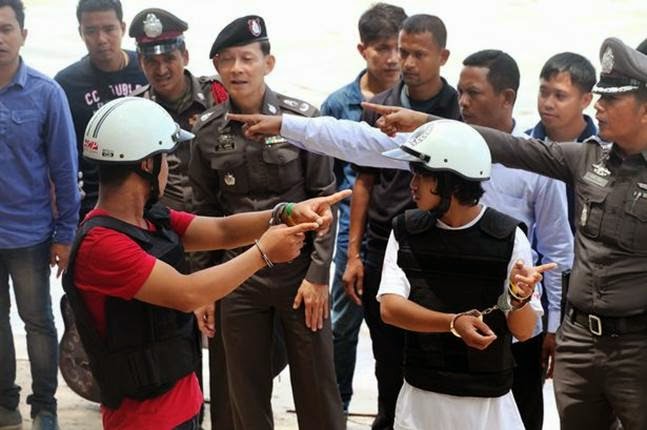 
MEDIA AND SOCIAL MEDIA UNDER THREAT


The Burmese Government today made an official request to Thailand to open a new investigation into the murders of Hannah Witheridge and David Miller on the holiday island of Koh Tao – after police point blank refused to answer allegations of torture.


The move came after Thai prosecutors again sent the investigation file back to police investigators to clarify issues.

Lawyer Aung Myo Thant told the Democratic Voice of Burma that the Burmese Government had requested the Thai Ministry of Justice begin the controversial investigation again – particularly now that there were credible complaints that the two 21-year Burmese suspects had been forced to confess under torture.

The statement came after the various police investigation teams involved in the hunt for the killers of Hanna, from Great Yarmouth and David from Jersey, refused to turn up for questioning at the offices of the National Human Rights Commission.

DVD reported Aung Myo Thant as saying: ‘The kids [Zaw Lin and Win Zaw Tun] have told the Thai human rights commission, the lawyers, our embassy team and their parents on each occasion that they were beaten by police,” he said.

“Therefore we requested that a special team be formed to reinvestigate the case. We presented a written letter of request to a ministry official.” 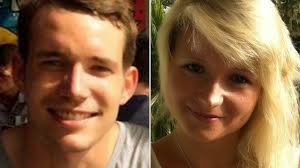 Thailand’s military government and police have however remained intransigent on the issue.
General Prayuth Chan-ocha has even gone on record to describe the investigation as a text book one.  He said Thai police and Scotland Yard read from the same text books and Scotland Yard officers said they were pleased with the way the investigation was handled.

Scotland Yard has made no comment.  But the British Foreign and Commonwealth has expressed concern at allegations of torture and corruption, and Scotland Yard may have DNA issues.

The National Human Rights Commission, which currently does not have powers to prosecute as its rights under the 2007 constitution were abolished when the army abolished the constitution, has suggested the Department of Special Investigations – the DSI – Thailand’s FBI take over.

These moves are likely to be resisted or even simply dismissed.

The loss of face which would result if Thailand’s DSI came to a different conclusion might be unbearable for the Thai authorities to stand.

Thailand’s media have been warned to be careful what they publish about the police.

As a result many people have turned to the social media for their news and one Facebook page run by a young Thai businessman called David out of California is a favourite.

The page CSI LA has repeatedly come up with the claims that a ‘mafia’ type family on the island, and at least three of its employees were to blame.

Few people it appears believe that it was the diminutive young Burmese workers, one of  almost angelic appearance, who were to blame.

Authorities are reported to be tracking posters to the CSI LA site.