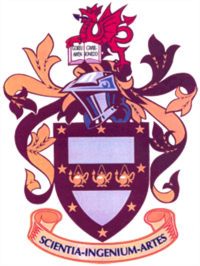 Soi Thonglor in Bangkok is best known for its upmarket bars and restaurants and is a fitting place for such a noble institution as the Accademia Italiana, a place of learning for followers of fashion and design.

So it’s hard to believe how this institute helped bring down one of Britain’s largest universities – the University of Wales. Now when I say largest, I do not mean it has the largest campus.

No, some 70,000 of its students were not there at all but abroad in places like, yes, Accademia Italiana, which until recently offered degrees from this noble institution.
I am using the past tense because the University of Wales is not more, at least not in its former grandiose form.  It has been merged and now actually has to teach people.

Oh dear what a pretty pass to come to.

This came after the University of Wales said it would no longer validate courses overseas.

That came after police and UK Border Agency raids in Britain.

Those raids those came after a programme called ‘University Challenged’ by BBC Wales ‘Week In Week Out’.

What the programme revealed was that a Malaysian pop star Fazley Yakoob, who ran the Fazely International College (FIC) in Kuala Lumpur, was offering his students University of Wales degrees.

Fazley , with four hit albums under his belt, claimed to have degrees (a Masters and a Doctorate in Business Administration) from the European Business School in Cambridge.  This had been exposed as a sham by the BBC in 2008 so in stepped BBC Wales reporter Ciaran Jenkins to face him up.

Then the BBC checked out Accademia Italiana in Bangkok, a college for Bangkok’s fashionistas and maybe for the sons and daughters a Bangkok’s  tasteful elite.

Dr. Sumate Yammoon, Secretary General of the Commission of Higher Education said that the place was not registered as a place of higher learning and was thus operating illegally. He told the BBC that the college was being brought to court.

Now before I get sued I should point out that Accademia Italiana was NEVER brought to court. The case against them was dismissed while in the hands of the prosecutor.

But I can point out that, as I write, it is no longer offering students degrees from the University of Wales.  In fact it is not offering degrees at all but diplomas. Those students wishing a degree will have to spend their last year in Italy, which is not all bad.

The University of Wales was also offering degrees through a controversial bible college in the United States but severed its ties with the ‘Trinity College of the Bible’ in Newburgh, Indiana, and another bible college in Denmark with a rigid anti-homosexual policy before the ‘Week In Week Out’ broadcast.

‘Week in Week Out’,  which I have worked for before,  showed that the University of Wales did not really check out some of those institutions which were running its degree courses.  Again I have to point out that I am not saying Accademia Italiana was one of those.

Nevertheless Accademia Italia played an important part in the programme and as such was instrumental in the downfall of the University of Wales.

Most of the Welsh Universities had opted out of the University of Wales in 2004, thus it was left to earn cash by offering degrees around the world and thus earned about Ãƒâ€šÃ‚Â£7 million a year.

I should point out that the BBC has now amended its website to say that Accademia Italiana was not prosecuted and you should bear that in mind when viewing the programme.

Nevertheless, apart from a couple of pieces of ‘sync’ which were thrown in to add more weight to a general theme, an interesting piece of journalism…and a timely reminder, less we forget, that education has become big business.