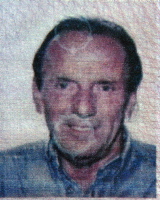 The son of a retired British couple away on a ‘dream winter escape’ today demanded the truth about their suspicious deaths in Thailand, described by Thai authorities as ‘coincidental’.

George and Eileen Everitt were among the victims of five mystery deaths in the northern Thai capital of Chiang Mai and now their son Stephen Everitt says he is suspicious of a ‘cover-up’.

‘How could they die of heart attacks at the same time. My parents were fit. My father was an electrician and when he took a massive shock at work doctors were amazed at the strength of his heart,’ said Stephen Everitt, 48, today.

An international controversy is escalating over the deaths of the Everitts, from Boston, Lincs., and two other foreigners and one Thai. Of the five victims, four were staying at the city’s Downtown Inn.

Thai medical authorities say the retired couple died because their ‘hearts stopped’.  But then so did the hearts of a 23-yr-old New Zealand woman, a Thai tourist guide, 47, and a 33-yr-old American woman, who was not staying at the Downtown Inn.

Said builder Stephen Everitt:’ With these other deaths one has to be very suspicious.
‘They were active and healthy for their age with no history of any heart problem and it has come as a total shock.

‘And now they want me to believe they both had heart attacks at the same time. It doesn’t make sense. How can it be coincidence?  There is something being covered up.

‘ They both loved Thailand and went several times to escape our cold winters.’
All five victims  died between January and February.

According to a press conference Sarah had been taken ill on February 3rd.  If this is correct then earlier the SAME day the body of a Thai tourist guide Waraporn Pungmahisiranon, 47, was taken from Room 518 on the floor above down the hotel’s fire escape. This is what was reported by an alarmed guest in Room 514
At the same Press Conference in Chiang Mai the Provincial Governor Pannada Disakul said: ‘We have to admit that these deaths coming one after another are nothing more than coincidence.
‘We have done and will continue to do our utmost to make tourists confident in our city.’
But no sooner had his comments been publish than scores of Americans began complaining of the death of 33-yr-old Soraya Vorster Pandola from Berkeley, California, who died convulsing after eating in a local Japanese restaurant on January 10th.
In Auckland New Zealand, Richard Carter the father of Sarah, has demanded that the Downtown Inn be closed in the cause of all the deaths is established. He described the press conference as a’ fob off’.
‘It doesn’t sound like there’s any real investigation going on here. You start to wonder how many other deaths there have been that are being swept under the carpet
‘At the moment its pot luck. People head off on holiday and then ‘bang’ they’re dead.’

In Seattle Soraya Vorster Pandola’s husband said he had actually named the Japanese restaurant where was wife contracted some sort of food poisoning.
‘I kept asking about the health department, or what the next steps would be with the restaurant,’ No one really seemed to know, and it turns out no one really did anything,’ said Tony Pandola.

‘She had the same symptoms as the New Zealand girl and died the same way.’
‘Soraya had an autopsy at University Hospital in Chiang Mai on January 12 or 13 and we still have no results.’

He said he was angry to hear a doctor say after Sarah Carter’s death that there had been no similar incidents in Chiang Mai.
A spokesman for the British Embassy in Bangkok said today: ‘As far as we are concerned the case of Mr & Mrs Everitt is definitely not closed and we are awaiting the results of further tests.’
New Zealand Foreign Minister Murray McCully said: ‘We will look into the matter further.
‘It’s clear that we need to ask some more questions.’
The owner of the Downtown Inn in Chiang Mai, Boonlert Buranupakorn, is a former Mayor of the city.
Apart from the Down Town Inn, Empress, Park. and Sofitel Riverside in Chiang Mai city he owns, according to the ‘Nation’ newspaper, a shopping centre, coffee shops, and furniture and umbrella factories in the northern capital.
He also owns hotels in Bangkok and Southern Thailand, a chain of restaurants in Germany called ‘Rainbow’, and once planned to start an airline.