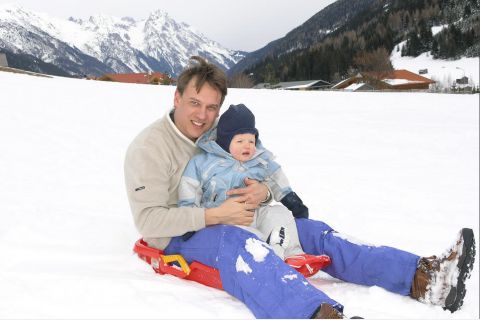 From Andrew Drummond, July 24 2007
The body of a British outdoor sports enthusiast who planned to climb
Mount Mustagata in China, the world’s highest ski peak, is being flown
back to Britain, after he died in the attempt.
Jonathan Peacock, 39, a technology consultant from Runcorn, Cheshire, died in his tent on the approach to the mountain.

had been scaling the 24,740 ft. peak with four British women known as the ‘Lipstick Blondes’.
Late on Monday they gave up their attempt on the peak after reaching within 150 metres of the 24,750 ft summit.
Jon Peacock had been feeling poorly during the ascent from base camp to Camp 1, said the team leader.
Today Tuesday, his wife Katharine, said from her home in Nantwich:
‘Jon never took any chances. He was very careful and prepared his trips
well. He was also very fit. We still do not know the cause of his death.
‘He had planned to snowboard down the highest peak in the world from which it is possible.
He had a snowboard made up which he could use as snow shoes on his ascent.’
Jonathan Peacock was a partner in a technology company called
Evolution based at Monument in the City of London. He sold the company
last year.
He had returned to Base camp with a view to abandoning the attempt.
The ‘Lipstick Blondes’ led by Caroline Madge, from Totnes, Devon,
carried on with the ascent when he was feeling poorly and unable to go
on.
Caroline Madge recorded in her diary:  ‘We left base camp with heavy
hearts. We were leaving behind a fellow Brit who had been ill for
several days’.
Later they learned of his death by radio.
But late on Monday delays meant that they did not have enough oxygen
to take them to the top – just 150 metres, but a 2 hour climb. They
descended on skis and snowboards.
Caroline and her sister Suzy were climbing with Ali Bainbridge, and Squash Falconer from Brighton, Sussex.
They had been filming their trip, which includes such acts as crocheting
at 7,000 metres, and swimming in bikinis at 3,500 metres, for the BBC.
Also climbing was a Dutch team leader called Arnaud and a Danish girl.
Peacock, married with two children a boy aged 3 and a one year old
daughter, who ran marathons, and liked to para-glide and ski, was found
unconsciousin his tent on July 13.
Team leader Arnaud in radio calls after the discovery said:  ‘It all
seems very unreal what happened. Everything was going fine and then
tragedy happened.
‘Personally, I feel very bad because I have no explanation. Normally
you see a problem coming, but this time it struck the camp like
lightning’.
‘Jon went up to Camp 1 on the 8th of July. He had a hard time, but he
recovered and went on to climb a little bit higher. The next day on
July 9th he came down to Base camp again for a few days of rest. He was
doing fine until suddenly he became chronically fatigued.

‘Our first thoughts were that he had acquired altitude sickness, but his
lungs and oxygen situation were fine. Somehow he was very weak. At this
time we made the decision to send him back to Kashgar.
‘Jon talked about his wife, Katherine, two children, and about the
past two years of being able to see his kids in the morning and evening.
He talked about his home and his plans for his future.
‘He said he hoped to work for 2-3 days a week, so he could still
spend a lot of time with his family. He looked relieved to be going home
and he didn’t want to call his wife until he got to Kashgar, so he
wouldn’t worry her.

‘In the morning, our team members checked in on him at 6:30 and found
him unconscious in his tent. Immediately they tried rescue breathing and
proceeded to CPR.
‘Jon did not respond to any attempts of reviving him. At this time,
the team leaders came down from the high camps. By the time the leaders
arrived, 4 people had been performing CPR for a couple of hours already.
I made an emotional and difficult decision to stop the CPR’.
Carole Madge said she had become fond of Jon Peacock and had crocheted a hat for his daughter.
‘We had become close to friendly Jon because of his enthusiasm and vitality’.
Mustagata is a remote non-commercial mountain, unlike its famous
neighbours like Everest there are no facilities or helicopter
evacuation.’
* City tycoon is killed trying to snowboard 24,000 ft peak