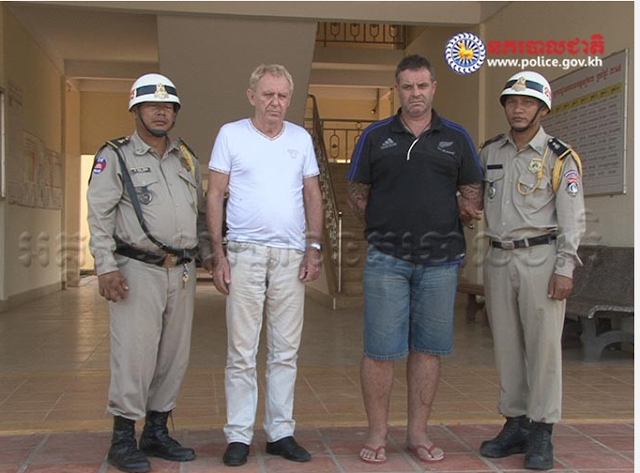 An Australian con-man and former boiler room loader, who was exposed on this site last year when he was posing as a private investigator working with Cambodian military police has been arrested with a New Zealander for robbery with violence.


James Guido Eglitis, 66,who at the time claimed to be running an investigation into the disappearance and death of Canadian journalist Dave Walker, was arrested together with New Zealand National Brett Michael Hastie, 44. 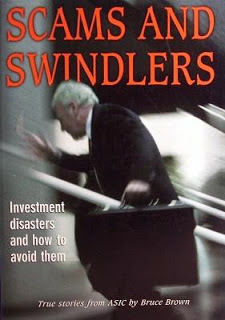 They are accused of robbing David Scotcher an English teacher in Siem Reap, northern Cambodia making off with only a passport and camera.

Eglitis is also wanted in Queensland for, kidnapping, two counts of deprivation of liberty, robbery with violence, impersonating an Australian Federal Police officer, and possessing restricted items – two sets of handcuffs and an extendable baton.

He was jailed in the United States for boiler room fraud.

During the hunt for David Walker – a personal friend of this site owner – Eglitis posed as an investigator and even convinced some journalists that he was the real deal.

But he was exposed here as a serial con man and man with a history of violence. He was claiming to be James An – but we uncovered him as Eglitis a boiler room operator with a long crime history in the United States and Australia – including having outstanding warrants for skipping his kidnap trial.

Eglitis warranted a whole chapter to himself in the book ‘Scams and Swindelers’ – true stories from the Australian Securities and Investment Commission.

For the original stories go to these links: 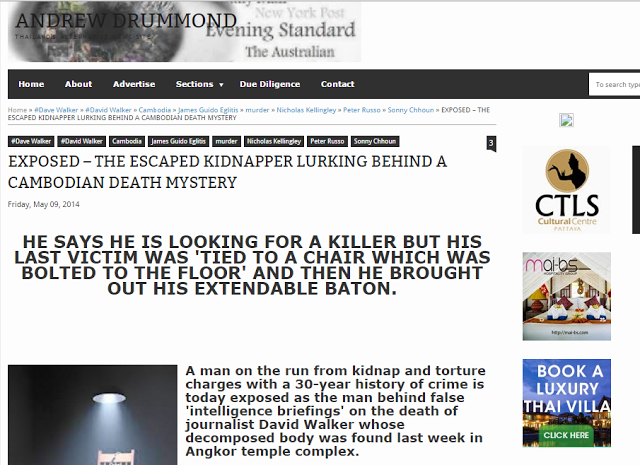