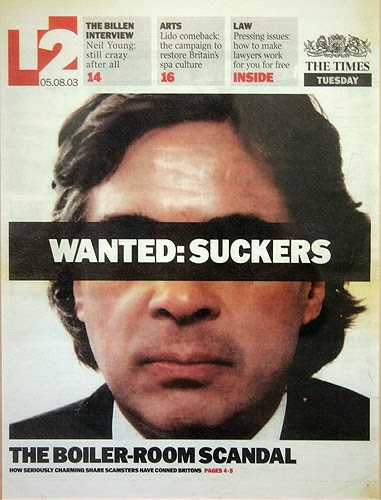 A story in the South China Morning Post yesterday may give a further clue to readers why I am not in Thailand today, or specifically where the threats come from.

Written by colleague Benjamin Robertson a journalist colleague and financial writer on the South China Morning Post the story headlined Hong Kong Banks ‘Caught Up In Boiler Room Money Laundering Scams’ goes into how today’s ‘Wolves of Wall Street’ operating out of Thailand and the Philippines had scammed hundreds of millions of dollars out of people worldwide since 2004 and Hong Kong banks were used to launder the money.

Benjamin quotes my initial whistleblower Steve Sharpe and the Fraud Recovery Group, also known as the Consortium of Defrauded Victims CDV,  with whom I have been working for some years.

“One alleged ringleader, a Thailand-based British expatriate, is worth over US$150 million, according to the FRG and a former boiler room employee-turned-whistleblower named Stephen Sharpe.” – the paper reports.

Benjamin went round a series of serviced offices and of course found that none of these companies knew much about the companies they serviced and further the banks who handled the transactions did not seem to care much either.

Major culprits as we have already revealed here were HSBC, Bank of East Asia and Cathy Union Bank.

The money laundering operation works much as has been described on this site, but there was an interesting term used by lawyer Simon Deane who insists that banks are legally required to conduct due diligence on new account holders and monitor accounts for suspicious cash flows.

“This is where the customer due diligence comes in. The bank should check what type of business the customer operates before opening the account and continue to monitor the customer’s business.”

There is a growing tendency of banks to blag until the last minute when they get hit by people in authority – and then they escape with a fine, which while hefty does not affect their business.


“However, some observers are not optimistic the investigations will lead anywhere.

“Thai police will simply not investigate international fraud – even if they were capable of doing so. The rewards for not doing so are higher,” said Andrew Drummond, a Bangkok-based journalist who was first to report on the FRG. He is now leaving Thailand out of concern for his family’s safety.

Don’t be confused by the mention of Thailand, Philippines, Indonesia. These guys are pretty much all one big happy family. They have too much to lose by shopping each other.
And if the banks are colluding in murder and the use of corrupt police to set up whistleblowers on false charges then they are not alone. Many people collude when they are offered money. And to a certain amount expats too.
I have yet to see one walk out of a Bangkok strip bar shouting. ‘That was disgusting. Its owned by the boiler room boys!’
More to come.