Here’s another scammer in Thailand. He has a bloodied face and shirt because he has just been confronted by the boyfriend of his latest victim.


On the phone he told the angry boyfriend: ‘F off. Faggot. Take the scam like a man’.

So I guess Mark, who took this picture after giving him a good right hander, deserves to have a little chuckle whenever he looks at it.

However because Thai police are not good at dealing with ‘foreigner on foreigner’ crime in Thailand, this little weasel is still out there to continue with his little games.

Judging by the picture this is not the first time he has taken one on the nose.


He goes under a number of names which include Nick Moore, Narinder Singh, Joe Mann, Jackie, Nas, Sammy, Sam etc and he advertises on such places as Craigslist and Baht/Sold offering foreigners jobs in Thailand.

In short his scam is to get passports off job applicants and disappear with them. A number of people have been conned including French, South African, and East Europeans.

Amazingly some people have handed over their passports even though he does not meet them in an office but in a coffee shop, or somewhere like that. He needs them, he says, to get applicants work permits etc in order. He even takes fees up front for ‘medical certificates’.

Some people have not been able to go to police because they are on over-stay.

One of the victims was Emma, 22, from South Africa., to whom he offered a job after a short interview and then kept her documents. 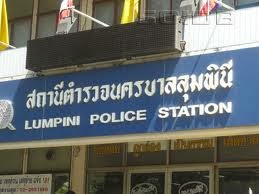 She complained to Lumpini Police in Bangkok, who as usual, said they could not do anything about it. So Emma’s boyfriend applied to another advert obviously placed by this scammer and arranged a meeting.

An earlier attempt did not work and he had been told to ‘F*ck off faggot. Take the fact you have been scammed like a man.”

The scammer was not so brave however when the boyfriend Mark finally caught up with him in Onnut. 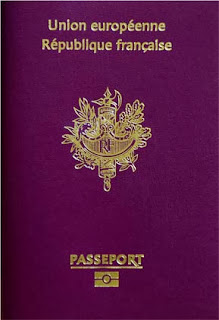 “I got a head to toes description from my girlfriend of the man that took her passport (including one very noticeable tattoo) and armed with that went out to seek him with a mate or 2 just in case it wasn’t safe.

“Believe it or not he showed up on time for the interview expecting to see an alias “Tony” but was very surprised by my 6ft4 110kg presence knowing I was the boyfriend of his latest victim. Needless to say I grabbed him, gave him my 2 cents and smashed his nose when he tried to run and was trying to deny everything.

“My girlfriend who was hanging back then came forward and ID’d him 100%.

“I held on to him and called the cops waiting there for my Medal of Honor for cracking a case and finding the man that stole our passport we had reported earlier”.

As you can imagine very little happened at Onnut Police station and seeing the blood police seem to consider the scammer to be the victim. 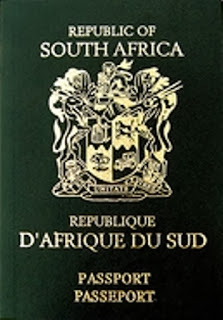 A few lessons here: Make sure you get the ID of anyone offering you a job. Never hand over your passport, when a photocopy will do. Be suspicious of people without offices claiming to run companies.

If you bloody someone’s nose do not go straight to police. Best finish the job yourself or take him in clean later.

Do not report anything but self-explanatory crimes to police without the assistance of a Thai fluent English speaker with a no nonsense attitude.

This guy has a tattoo on his left hand saying Punja. It suggests he comes originally from Punjab, which is an area of north west India though there are also many Punjabis in Pakistan.

He told one applicant he had sold her passport for 40,000 baht.

Passports can be used by people smugglers and human traffickers, drugs couriers etc.