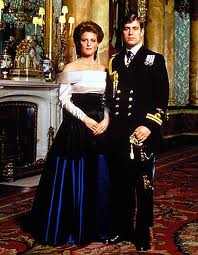 FROM ANDREW DRUMMOND
Bangkok, May 12 2011
I just could not believe it. The Duchess of York, Sarah Ferguson, or perhaps best known as Fergie was in Thailand during the wedding of Kate Middleton and Prince William.  Well I knew that, but did not know whether it was Phuket or Koh Samui,  not necessarily my destinations of choice.

I had severals calls, along with my colleague, from the media  in the U.K, and U.S. , but as they all baulked at sending me on an expenses paid holiday, quite a common occurrence until recently, I stayed put.
But then Fergie has apparently told Oprah Winfrey that she stayed at a place called the Camelia. Well here’s the quote. At least that what the Daily Mail reported.
“I chose to go and be in Thailand in a place called Camelia … the jungle embraced me,” she said.
Now there’s a  good plug for a Thai resort in Kanchanaburi  I am happy to give. Its just 1,000 or so baht a night!
I have actually stayed there once myself on one of my many trips to Kanchanaburi , which is a favourite for ‘old lags’ , ‘retied drugs dealers’ and guys who are scared to go to Pattaya now.
Actually I quite like Kan.  But the bar scene on the River Kwai Road – The Strip – which I am occasionally drawn to is a little bit on the depressing side. And I positively hate the disco boats. Anyway so much for the plug for the Camelia. There seems to have been a phonetic problem, as it actually turned out that she stayed at the Kamalaya Wellness resort on Samui, a place where she has been before as well as the Amanpuri on Phuket.
I thought Fergie must have been hamming it up bit with the ‘jungle embraced me’ quote, not that there is not a lot to embrace.  Prince Andrew slips into Thailand a lot too.  Here his name has been linked to a well known luk-krung, but as she is now married I’m not going into that here. Thats them in the picture or course, Andrew and Fergie,she does not look like that now, him neither, but I can only give you the official stuff
Fergie of course did not get an invite to the Royal Wedding, something I guess to do with her publishing deals and self-questioning.  Or perhaps because she cannot say nothing. Anyway continuiing the plugs for the Camelia here courtesy of TripAdvisor are a couple of reviews from both ends of the spectrum.
‘I thought the hotel was really nice, it’s in a great location with a beautiful view as well. I think since their renovation a couple of years ago it has changed so much for the better. Our room was nice and comfortable, staff were really friendly and the food was tasty. Looking forward to going back there! ‘
AND

‘Sadly deceptive, this one. Lovely position but absolutely no other reason to go for it … unless you’re into falafals and Wiener Schnitzel. Cuisine reflects predominantly Israeli customers. Seems a long way to come for stained ceilings and walls, bathroom doors that don’t reach the ceiling, holes in the walls and bedrooms that have all the ambiance of slightly spacious and upmarket prison cells’
That was a bit bitchy though I do tend to avoid Israeli tourists.
The Camelia and below the Kamalaya. That $1000 a night instead of 1000 baht. Spot the difference.

In the interest of balance here are a couple of TripAdvisor reviews for the Kamalaya.
‘I hope heaven is this good’
“This is my third time here, as my husband mentioned in another review, I have very strong feelings about never returning to the same place, the world is too big and I want to explore as much as I can during my stay on Earth! However, Kamalaya is an exception, truly and honestly. There is nothing quite like it, it’s caters for everyone…be it healing your hurts, putting yourself back together for one reason or another, simply relaxing, detoxing, weight loss, yoga, pilates, getting fit (most fabulous gym), lap pool, classes offering everything imaginable. Anyway, as you can guess, I am truly in love with the Place….I have to say it really is the people that make it what it is, they are genuine, kind, honest and trustworthy. They make you feel special. The location is perfect, just far away from the buzz of koh samui but close enough if you fancy a shopping spree or a walk in Chewang or Lamai (the two closest towns). I would not hesitate to recommend this resort to anyone, I would put my life on it.
AND for more balance
‘Over priced for what it is’
“Nice atmosphere and high quality food, however the accommodation leaves alot to be desired and we had a suite. The detox packages are a complete rip-off. The charges are extortionate and not justifyable in my opinion. For the price you pay, the resort is not as a standard you would expect, with very poor facilities”
To be honest I never thought people who booked into these places bothered to write reviews.