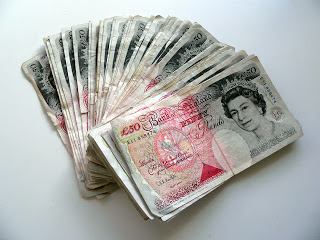 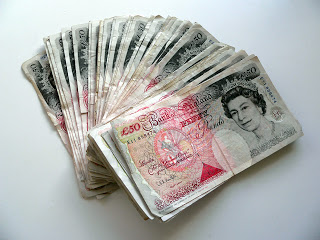 This is a story I cannot write. Or at least I cannot say where, when, and who were the victims.


It could put a British family in Thailand ‘on holiday’ in more danger than they already are.


But I can give you an outline and give this warning: “Be very careful about exchanging foreign currency notes in Thailand.”


You could end up in jail for seven years…and your pleas of innocence may go unheeded.


Forged notes circulate all the time. Even British banks have been known to pass them on to each other and put them in ATM machines. It’s not that difficult for the occasional one to fall through the system.

Currently a British family is hiding out in Bangkok. The father works for an international commercial bank in London, the mother is Thai. They came on holiday with their two year old son. They are now hiding from corrupt officials demanding bribes. The father and son have been advised by the British Embassy to leave the country.

The mother cannot. She is on ‘police bail’ – but no proper receipt given – of 100,000 baht. Her offence – attempting to pass counterfeit money.  It’s been weeks. She has not seen the inside of a court.

So what happened? Well they were on holiday in Thailand and a friend, a colleague working for the same London commercial bank, came out to Thailand to join them for a week.  Before taking a plane he went to his local bank – the Royal Bank of Scotland in Ealing, West London and withdrew £1000 in sterling in £50 notes.

On arrival in Bangkok the friend cashed a few notes with the family – for ‘going out’ money. Then the Thai wife went to get them changed into Thai baht at a money exchange.

The bank teller called the ‘Tourist Police’ (It’s not a Tourist Police matter – the woman was Thai) and declared that one of six notes she presented was a forgery. She had tested one in her ‘machine’.

Whether it was or not nobody knows. But more of this later.

The woman of course explained that she had got the notes from a friend of her husband. But police were not interested. A shake down was in process.

The friend arrived with the husband. They both went to the Tourist Police and regular police. But first confronted the exchange booth cashier.

“I gave the woman the notes,” said the husband’s colleague. “And here is the bank receipt. And here are the remaining notes.”

He insisted that if anybody was to be charged it should be him. He brought the notes to Thailand.

Police and the Bank teller decided on she spot that none of the other remaining notes was fake.

“Please test them on your machine,” he asked. The booth teller refused. “They’re okay,” she repeated.

Nobody saw her machine. She did not say how she knew the note was forged.

He was asked to leave, after trying to surrender himself at both police and tourist police stations, in a very rude manner. “Get out of here!” (Ock pai!)

The wife was locked up crying for her British born two year old son.

Their lawyer told them it was just a matter of paying the right money. They got rid of their lawyer and sought Embassy help.

Police have not made any formal charges. They say they had to send the ‘forged’ note to Bangkok for verification.  But when an Embassy recommended lawyer (Not from British Law. That company has been removed from the list since we revealed that the boss was struck off in Britain) went to the police station he saw it was still sitting in a drawer.

Whether this was the original note passed nobody can be sure. But it’s certainly been contaminated.

The family was told the case could take 2 years to go to trial. The Thai wife is still on a settlement visa but her ninety days out of the country will be up long before anything happens – and she will have to apply all over again. (I guess the Embassy could do her a favour here.)

Since the ‘Embassy’ legal visit and threats to report the matter to higher authorities, the family has received indirect threats. Seems the local police have two choices pursue the case to the fullest and nastiest extent – or quietly drop the matter. They have been getting nasty it seems.

The father, mother and son have just gone into hiding after their motorbike was rammed leaving their son with a broken limb and the father with deep gashes on his body.

They are slowly being bled dry by the system. The father has an impeccable record. He is not a dodgy Pattaya Brit on the downward trail. He is a one man success story, a former Royal Engineer, with service history in Bosnia, Afghanistan and Iraq and with clearly more integrity than the interrogators, and who moved with flair into the private sector.

I never carry foreign currency in any large denominations. But I myself have been given forged dollar bills by a bank at Don Muang airport at a time when it was essential to carry dollars when travelling to Laos, Cambodia and Vietnam.

Luckily the Laos authorities just handed the note back saying they did not like the look of it.
But this case says a lot about humanity or rather lack of it. And it calls for something more than just an Embassy recommended lawyer.

Meanwhile make a note of this from the Independent. It will be news for people issued with forged notes from British bank ATMs. Banks it appears can do no wrong. Having squandered our cash, screwed our pensions, they can now offer us forged notes with impunity. The Royal Bank of Scotland has of course been bailed out by the British government.

“Banks and building societies are not legally obliged to reimburse you even if they issue you with forged notes through their cash machines. Also, counterfeit notes are now so sophisticated that even experienced cashiers at the counter – not to mention their security equipment – cannot always tell the difference between a real note and a fake.”

So how come a bank teller in a small Thai resort is so sure?