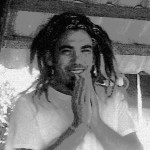 Shock as Thai policeman who gunned down Canadians in Thailand is released and case halted.

The Thai policeman who gunned down two Canadian tourists in the Northern Thai village of Pai in January this year has been released without charge by a court in Bangkok.
And the case against the police sergeant who killed Leo Del Pinto, 24, from Calgary, and Carly Reisig, 23, from Chilliwack B.C., has been brought to an abrupt halt because of ‘procedural errors.’
The case against police sergeant Uthai Dechawiwat had earlier been taken out of the hands of local police and placed in the hands of the Department of Special Investigations, Thailand’s FBI,  by former Thai Prime Minister Samak Sundaravej.
The Canadian Ambassador in Bangkok, David Sproule, who has expressed the Canadian government’s ‘serious concern’ was told by SDI officials , that they had been told by the Public Prosecutor that the procedural errors were made in the early stages of the investigation.
But those errors, the DSI claimed, were not by made by them but by colleagues of the policeman, Sergeant Uthai Dechawiwat in Pai Police,  whose chief has already been reported to the National Counter Corruption Commission by Commissioner Dr. Surasee Kosolnavin of the Thai National Human Rights Commission.
A DSI official said: ‘ The clock has stopped, but we can start it again and bring the case to court in Bangkok.’
The case has again raised concerns about the difficulty in Thailand getting police to accept culpability for their own actions.
Leo’s father Ernie Del Pinto said in Calgary: ‘We all know there was a cover up in Pai.  That is why I believe the DSI was ordered to take over the case. They should be above all this.  This is very worrying. How long does it take to get any sort of justice in Thailand.’

The latest development is all the more surprising because a another Public Prosecutor was in the National Commission for Human Rights team which investigated the case in the vanguard of DSI officials.

Dr. Surasee Kosolnavin said  that he would rather not comment, as it was now a DSI matter, other than that he was disappointed with the development.

After the shootings Pai in January Police claimed that Uthai was shooting upwards in self defence as he fell to the ground.  An investigation by Thai forensic expert Pornthip Rojanansund, found the policeman had shot down into Del Pinto’s head.

The local police chief’s  claim that Sergeant Uthai (pictured) was attacked by the couple was also disputed by witnesses who are under DSI protection.

Canadian officials were told that it was a prosecutor in the Office of Thailand’s Attorney General, who claimed the investigation had not followed proper procedures.  Dechachiwat had to be released under a ruling which required  that he go to trial within 84 days or be discharged.  If they did not release him ,said the DSI, they would have difficulty recharging him.  This could be done after the procedural errors were corrected.

Meanwhile Ernie Del Pinto, whose campaign in Canada includes posters on Calgary city buses reading ‘Canadian Murdered in Thailand. When will justice be served?’, says he is planning to fly to Thailand to push for justice.

In a previous case, that of Police Sergeant Somchai Wisetsingh , who gunned down British backpackers Vanessa Arscott and Adam Lloyd in Kanchanaburi in 2004 , no witnesses would give evidence at his trial to say they saw the shooting, although they would admit as such to newspaper reporters.  Wisetsingh was convicted on forensic evidence after the parents of both victims, accompanied by British Embassy officials, who had voiced Britain’s concern, met with officials of the Office of Attorney General, Tourist Authority of Thailand, and the Provincial Court.