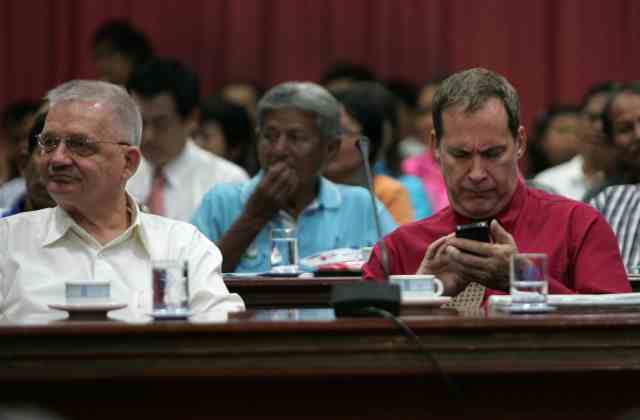 And a court has set Saturday May 26th to re-open a libel case after witnesses Drew Noyes, Niels Colov and Wanrapa Boonsu gave evidence unknown to both the defendant – Andrew Drummond – and his legal team.

A prior hearing was actually held in Pattaya while coincidentally Drummond was at the Criminal Court in Bangkok to give evidence in two suits against Noyes, 56, a U.S. citzen.

Noyes, Colov, and Wanrapa Boonsu are due to be cross-examined on their statements on Saturday after 1 p.m if reconciliation cannot be reached.

Lawyers for Drummond says reconciliation was unlikely so the court had already requested the witnesses to be present. The court case was adjourned to allow Mr. Colov to return from abroad.

Niels Colov & Drew Noyes in Thai Polo Club t-shirt in training in Angeles City, Philippines
Meanwhile Drew Noyes has put in a new petition for an injunction to close down this website.