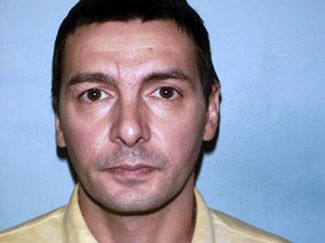 From ANDREW DRUMMOND
Bangkok
May 6 2011

Edinburgh born Anthony Prestidge, best known as ‘Scots Tony’, wanted in Britain for armed robbery and in Australia for murder has been extradited to Australia for trial.
Prestidge, more than six years ago confessed to me that he killed his brother in law Andy Arthur Ball in Perth, and at the time said he wanted to give himself up for the offence.
I had tracked him down to a pub called the ‘Winking Frog’ in Bangkok’s Sukhumvit Soi 7, from which he was eventually banned for substance abuse.
I notified both the DS Mike Rowson at the West Australian police murder squad in Perth and the Australian Federal Police but it seems that Prestidge, from Niddrie, Edinburgh,  had second thoughts and headed up country before a meeting could be arranged. I have had a letter of thanks from Andy Ball’s sister but the fact is I only alerted Australian police to that fact that he was in Bangkok and was not able to broker his surrender.
At the time of the murder Prestidge said he had gone to visit his sister in Australia whom, he said,  had complained about being repeatedly beaten up by her husband.
On the night of the murder he had invited Ball to go out drinking and on their return a fight started back at the house. He had planned, he said, to enter a plea of self-defence.
‘I want to go back to Australia, not Britain,’ he said. ‘In Britain they will throw the book at me for a jewellery heist.’
Prestidge had a Thai wife and child. She was pregnant when I spoke to him so the resulting birth of his child may have convinced him to stay on the run. He managed to live successfully in Thailand because after one arrest here he pretended to be Portuguese. He was even once deported to Portugal by the Immigration Department.  The Portuguese sent him back with a ‘No thanks’ message.

Left: The Bay City Rollers, the 70’s pop group ran by Tam Paton. The group had a sad demise various members were brought up on a variety of charges including sex with minors.
He did not have a passport but a senior officer in Immigration gave him a travel document under a Portuguese name, Tony Costa, which he claimed cost him a lot of money every time he had it stamped. I handed a copy of the document to AFP at the time.
Prestidge had another claim to fame. He was a cousin of Pat McGlynn, one of the many people who under pop Svengali Tam Paton were circulated through the 70’s teen pop group the ‘Bay City Rollers’. He was on drugs and possibly dealing but he had a separate source of income which apparently came from Scotland. Several attempts were made to get him to give himself up, but the murder squad had to go through the AFP, who had to go through the Royal Thai Police Interpol office, and the mechanics or getting everthing together at the same time, not least with Prestidge proved insurmountable.
At the time of his arrest, it appears, he could not rely on assistance from the Immigration Department any more.