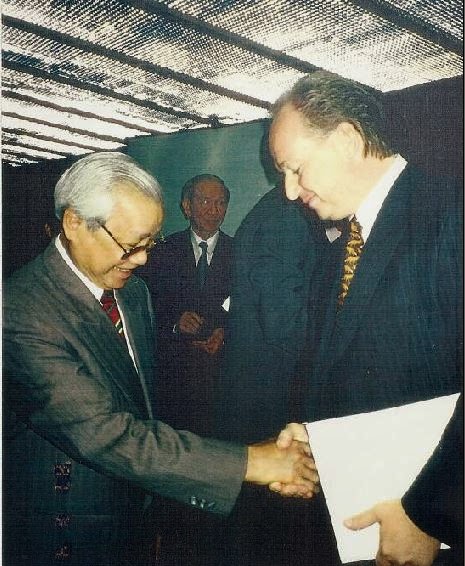 BLOOD ON THE PAVEMENT

As Britain’s premier company Rolls Royce is investigated by the Serious Fraud Office into allegations of corruption in Indonesia and China it seems that now the company’s Bangkok office could be embroiled in a new scandal.


It was from Bangkok in 2001 that Rolls Royce made its first foray into Vietnam, which was opening up for business  after the fall of the Iron Curtain.

However today two directors of one of its partner companies in Vietnam – Vinalines Shipping Company – have been sentenced to death for corruption by the People’s Court in Hanoi.

And the directors of another company Vinashin are also under investigation for corruption.

The controversies over Bangkok and Vietnam however do not seem to centre on corruption deals but rather questions of business ethics and who they allegedly shafted  on the way.

An American born Rolls Royce lawyer involved in the Vietnam debacle some years ago jumped to her death from Jury’s Hotel in Kensington, West London.

Complaints come from a former Bangkok entrepreneur called Michael Fox who facilitated RR’s entry into Vietnam.  His company Tiger Gold International had a consultancy agreement with Rolls Royce. The arrangement sank the company.

“I want to make it crystal clear that neither I nor the board will tolerate improper business conduct of any sort and will take all necessary action to ensure compliance.


“This is a company with exceptional prospects and I will not accept any behaviour that undermines its future success.”

Fine words. However we can safely expect some prevarication when it comes down to the company putting its hands up.

That’s business.  And we’ll be having a closer look at this one later.

Although he did foray occasionally into the bar-girls-in-frocks Sukhumvit 33 in Bangkok, he has been described as the perfect gentleman.  Fingers are being pointed at some brash US executives of RR.

Nevertheless the company, which seems to have represented the very essence of British integrity, may be subject to exposure it does not really need.

Footnote: This is a question which has always bugged me. All British, American and American businesses (journalists too) have to abide strict anti-corruption laws. But can one actually do business in Asia without making under the table pay outs? How do businesses do business nowadays. Same as before but more discreet? Is it all a pretence or have Asian companies stopped asking?