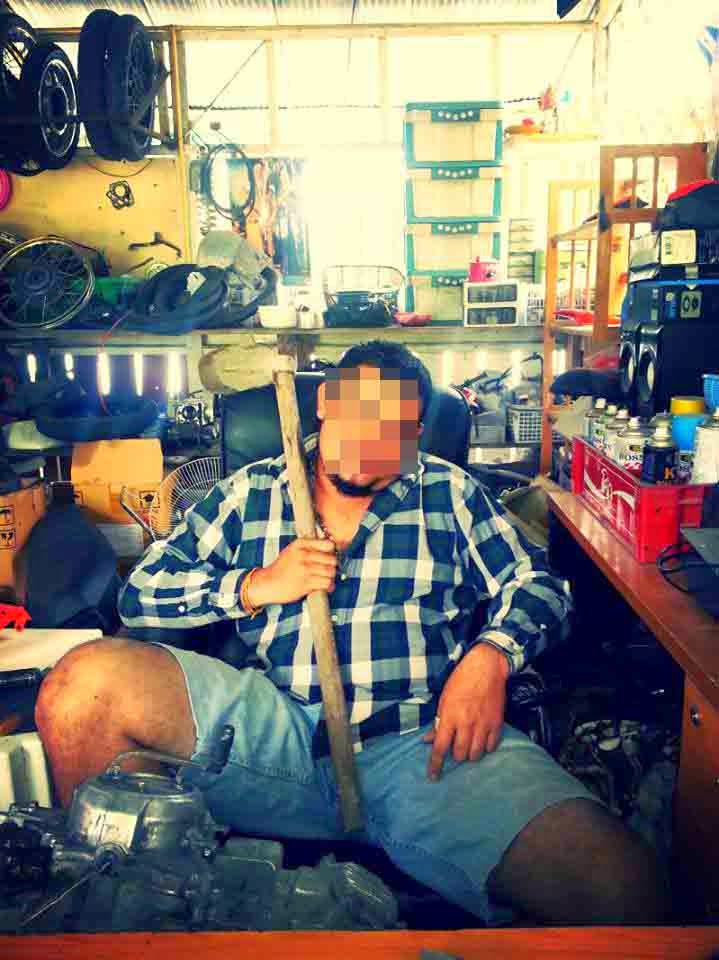 Insensitive locals linked to tourism on the Thai holiday island of Phuket are continuing to post questionable pictures on the social media which might make foreigners ill at ease and are open to misconception.


One particular man about town has posted a picture of himself holding a garden hoe, identical to the weapon that was used to kill Hanna Witheridge,  with the caption: ‘If you come late expect trouble from me.”

He also posts another picture taken of Sean McAnna at the local Sairee Beach transvestites show the Queen’s Cabarat, dressed in women’s underwear with the caption: ‘ Are you good or evil? Why did you drag our island down?’

The author is trying to be funny but has a nasty streak. Men dressing up as women is party of the Koh Tao Pub Crawl routine – a sort of Thai Club 18-30.

The Koh Tao Pub Crawl is an organised binge drinking tour which operates on Mondays, Wednesdays and Fridays. For a fixed fee punters get a free T-shirt, discount coupons, and free buckets of booze.

In fact Hannah Witheridge and her three friends had signed up for the Koh Tao Pub Crawl on September 12th when, as usual, more than a few locals tagged along as well.

The pub crawl starts from Choppers bar – the last bar Hannah Witheridge and David Miller were pictured in before their murder.

Other pictures show the poster selling chicken wrapped in banana leaves to sell and on boat tours with foreigners.

A local source describe the poster as a ‘jack of all trades’ who had helped boat operators, and rented ATVs (all-terrain vehicles) to tourists and fixed motorbikes. His friends include the island’s disco jockeys.

It seems clear from the post that McAnna, 28, from Shotts, Lanarkshire, was right to get off the island in a hurry after posting pictures of two Thais who he said accused him of being the murderer and who followed him out of a bar to a local convenience store.

“They just said to me, ‘It was you who killed them. You’ve got two people’s deaths on your hands. We know it was you. You’re going to hang yourself tonight and we are going to watch you hang. 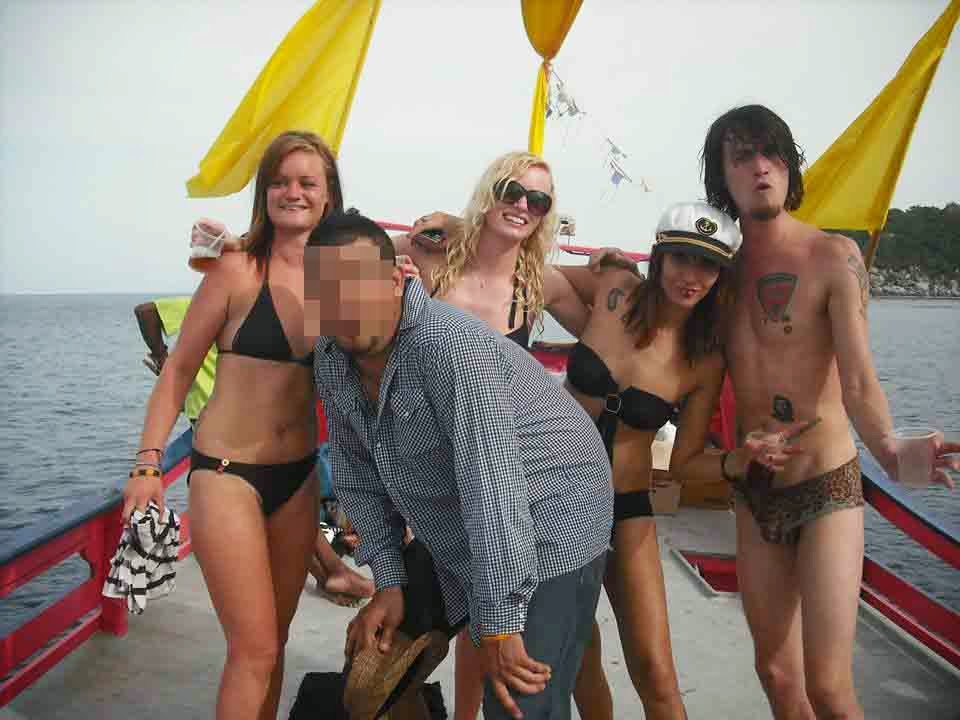 Of the two men involved once has been reported to have been cleared by DNA – and the second was a policeman. Police have denied there are mafia groups on the island.

The focus in the Thai media has now turned to McAnna, who it is alleged was covered in blood at the time of the alleged murder – and police have been investigating in the Lotus Bar on the island where this incident was actually reported and staff allegedly helped him clean himself up.

The killers’ DNA is Asian. But that does not seem to have stopped police enquiries also focusing on Sean McAnna.