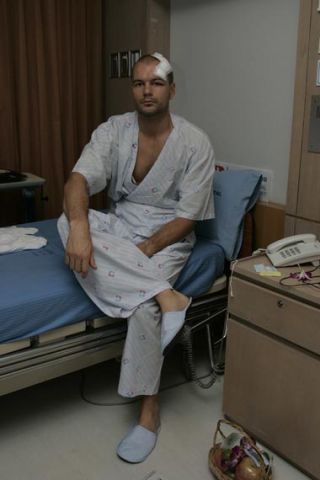 Hero pulled others from wreckage
From The Times September 18, 2007
Andrew Drummond, Simon de Bruxelles and Will Pavia
A British traveller has been hailed a hero by the Prime Minister of Thailand for hauling fellow passengers from the burning wreckage of the aircraft in which at least 88 people died.
Peter Hill, 35, from Manchester, was praised for his heroism. The unofficial toll of Britons killed in the crash on Sunday in Phuket rose to five.

Among those missing and feared dead were a retired couple from Bristol who had stopped in Thailand on their way to starting a new life in Australia. Tony Weston, a former Royal Marine in his sixties, and his wife Judy, 64, a retired nurse, had told neighbours that they had won the trip to Thailand in a competition.
They had sold their home and their possessions were being shipped to Australia, where they were looking forward to meeting their new grandson.
Also missing was Alex Collins, 22, a recent graduate from South Wales, who had set out last week on a six-month trip with his girlfriend, Bethan Jones.
Yesterday Ms Jones, from Porth, Rhondda, was receiving treatment for severe burns sustained in the crash. Mr Collins’s parents were said to be distraught. A friend said: ‘They were so excited and had been planning this trip for ages. They’ve both been saving up and were really looking forward to it. It is hard to believe that just a few days later it has all turned to tragedy.’
The Foreign Office was unable to confirm the number of British dead, but the Irish Government announced the death of Aaron Toland, 22, a recent graduate from the University of Ulster, who had been travelling with Christopher Cooley, 23, from Londonderry. Mr Cooley was in intensive care. Martin McGuinness, the Deputy First Minister, said that he had visited the parents of both men.
Mr Toland’s family prepared to fly to Thailand. His aunt, Patricia Logue, the deputy mayor of Derry City Council, said that the family were devasted.
Quinton Quayle, the British Ambassador, said that he believed that ‘several British citizens’ died in the crash. Three Britons were confirmed injured, including Peter Hill. Surayud Chulanont, Prime Minister of Thailand, and Nittaya Pibulsonghkram, the Foreign Minister, visited Mr Hill in hospital, bringing flowers and fruit.
Mr Hill had been sitting in Row 24 on the One-Two-Go flight from Bangkok which crashed as it attempted to land. He was next to an emergency exit, which he forced open. He was said to have dragged out Ashley Harrow, 27, from Northern Ireland and two Israelis. All suffered serious burns.

Mr Pibulsonghkram described Mr Hill as a hero who ‘pulled two people out at his own risk’. He added: ‘He is doing pretty well.’ Mr Hill said: ‘I might have got it [the exit] open a bit, but Ashley [Harrow] smashed it.’
Robert Borland, 24, from Perth, Australia, said: ‘As we approached Phuket airport it seemed we were coming in too fast. I think the pilot decided conditions were not right because he accelerated and pulled up. It felt we were going up, but then we hit the ground. Everything went black, pitch black, with smoke. Then there was fire.’ Mr Borland was pulled out on to the wing, his clothes alight. He suffered a broken arm and severe burns to his legs.
Pictures: Above, Peter Hill; Right, Ashley Scott Harrow