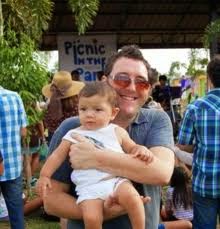 The mother of British teacher Adam Pickles who has been in a coma since being attacked in Pattaya in May 2012 has expressed frustration at the Thai legal system after a verdict on Sean Tinsley – the man accused of the attack was delayed a second time at Pattaya Provincial Court.

“I am angry really that this has gone on for so long. It’s had a real impact on the family, all the ups and downs. It’s a constant roller coaster. “  Adele Pickles told ‘BBC Look North’

The local MP for Alec Shelbrooke, the local MP for Elmet and Rothwell said that is up to the diplomatic process to tell Thailand of the interest in the case and that justice must be seen to be done and that “a just outcome is achieved.”

The latest delay is apparently due to papers being sent to the wrong court.

Sean Tinsley who has been on trial for attempted murder  used to run the ‘Visa Shop’ in Pattaya and is understood to have had a close relationship with local police and immigration police.

Later Tinsley, from Wolverhampton allegedly switched his operations and started sending passports to the Thai Consul in Cardiff – a jovial Welshman – who seemed to stamp anything and everything.

When the holders started leaving the country they began being picked up at the airport by Immigration police.  No cases were however brought against Tinsley.

Its alleged Tinsley went into a rage after Adam scraped his car.  Tinsley has been on bail throughout the trial.

Adam was formerly Head of English at the International School of the Regents in Pattaya.

LINKS: Adam Pickles Fund-Raising Page  His parents have had to remortgage their home to Pay for Adam’s medical bills. He is still in a coma but can say words and acknoweldge conversations.