Action by the British Government to ban the bogus ADE651 explosives detectors which have been sold to Iraq will put the spotlight on the Thai government over the GT- 200, also sold by a British company. The GT-200 has been credited with little more than attributing to the deaths of people in the Islamic separatist insurgency in South Thailand.

The scandal of the bogus British bomb detectors, which have apparently also led to countless deaths in Iraq, is likely to gather momentum.

Police in Somerset have arrested and bailed the owner of ATSC, a former Merseyside policeman, with little knowledge of science, and a lot of knowledge on how to make a fast buck.(but perhaps not as much
knowledge as the buyers)

At the moment police are only investigating suspected fraud.  That appears to be an open and shut case as the British government has declared officially that the ADE651s is unable to detect explosives. 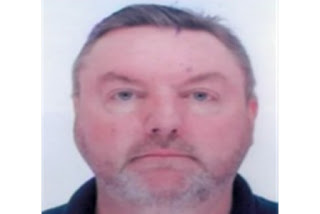 In the case of the GT 200, the centre of the controversy in Thailand, are claims that the British government actually approved the  GT- 200 before it was sold to Thailand, where it is now being blamed for deaths of innocent civilians and police.
Meanwhile the Asian Human Rights Association and the Working Group for Justice and Peace are claiming the Thai military and Interior Ministry who bought the weapons are resisting the banning of these machines, while innocent people continue to die,  flying in the face of the old adage ‘If in doubt – leave out!’

Maybe,just maybe, all you have to do is take these cards apart and find the non-existent microchip. Will the card that detects humans work in my local bar?

Yesterday a Thai Prime Minister’s office spokesman told me that an enquiry was under way, but people had come back with conflicting reports about the GT-200. And there we have it.  The wheels are grinding with a lot of creaks and squeals.

Angkana Neelapaijit,  Chairman of the WGJP said yet again: ‘We have all sorts of these machines. The British GT 200 is the most notorious (Thai forces are also using the Sniffex Plus and the Interior Ministry has bought the Alpha 6 and given it to regional police in a fanfare of press conferences).

They are falsely reporting explosives at the top of coconut trees.  And they have failed to detect explosives in cars and motorbikes which have subsequently exploded and killed people.
‘The Generals like the machines, but the soldiers who have to operate them hate them.  They would be as well off using an Ouija board.’

The GT-200 does not need a symposium. Apparently one person with a sharp knife or pair of scissors can solve its riddle.

On its website it claims it is ‘registered and supported’ by the British government and adds:  ‘Contrary to recent misinformation, our equipment trial reports and references provided by the Government are all original documents‘. They also claim: ‘When the need arises, we are also able to call on the services of the Ministry of Defence to assist with various training courses’.‘This all despite the fact that last year last year Quenton Davies, Minister for Defence Equipment and Support, told the company to remove a suggested MoD  endorsement  for the GT-200 from its website and literature.

A British Ministry of Defence spokesman said: ‘The GT 200 has not been considered to satisfy any of the capabilities we need’.I spoke to Adam Thomas of UK Trade and Investment’s Defence and Security Organisation and he admitted that an EST (Export Support Team) had ‘looked at’ the GT200 in Chatham in 1999 but had not subjected it to a ‘formal test’.  I detected a few moments of awkwardness in our conversation.

The report the EST team made had since been mislaid, he admitted, in a ministry shake up. But the company seems to have that report from the MoD anyway endorsing their product.

‘The company cannot market this machine today, which we saw in 1999, saying the MoD has confirmed its capabilities’.

Reading between the lines I sense that something happened in 1999 which the MoD may be regretting.

‘If the Thai government asks us to test the GT200 now we will do so’, insisted Mr. Thomas.

The GT200 works on the same supposed principal as the ADE651 and also has no powered parts and allegedly works on the energy of its operator.  Similar too is the  Alpha 6, 799 units of which have been sold to the Thai Ministry of the Interior for UK11,000 pounds each.

The machines allegedly work on ‘molecular magnetic resonance’ and the wand points to the suspected substance, just like a water diviner. Yes the parts in these machines can’t cost much more than a fiver, once the moulds have been made.

The machines come with ‘substance detection cards’ which are ‘designed to tune into the frequency of the targeted explosives or substance’. (worth about 5p or 3 baht in the case of the ADE651)

But when Dr, Markus Khun of Cambridge University, examined one of the cards used in the British company ATSC’s  ADE651, which was sold to Iraq at US$40,000 a piece,  he told Newsnight: ‘There is nothing to programme in these cards.  There is no memory. They are the cheapest form of electronics you can get to look like electronics. They are worth 2p or 3p.’…. quod erat demonstrandum.

If the GT-200 cards are the same, and I have no reason to believe otherwise,  perhaps the Thai military could have spent US$15 at ‘Toys R Us’ and still have got a better deal.

Thai military are also using another ‘magic wand’ known as the ‘Sniffex’ , marketed from Germany, which was tested by the US Navy in 2005 and found that it could not detect 1000 lbs of explosives at 20 ft.
Has Thailand fallen for ‘all’ the scammers? Or is it in connivance?

Gary Bolton, CEO, of Global Technical Co. Ltd., of Ashford, refused to give any financial figures in fact he declined to comment in December other than saying in an email: ‘I am updating the website. ‘ The website has not been updated as of today, and Gary does not want to talk on the phone it seems. On his site he  has a ‘get out’ clause stating the GT-200s are best used in conjunction with sniffer dogs.  But I bet he did not tell the Thai authorities that they should buy a couple of thousand sniffer dogs as well.

American professional magician James Randi has claimed that GT200, ADE 165, Alpha 6, are all frauds and has offered $1m if he could be proved wrong.

But actually what is most alarming about the whole ‘magic wand’ saga is the ‘Who Cares?’ factor.

This story has been out there for quite some time. Just google ‘GT-200 ‘Alpha, ‘Sniffex’ and five other brands and you will find it all.

In fact it’s really one of the biggest ‘military scandals’ around, because not many corrupt deals can be held directly responsible for the cause of deaths…as they can here.

The first story I believe was on ‘National Public Radio’ in the US in September last year. Then it was forgotten about until November when the New York Times half heartedly took up the case but did not pursue it. The NYT was followed later by the ‘Times’ in London,  Yesterday an old colleague on the Daily Mail, Kim Sengupta now long since writing for the Independent in the UK gave the story close to its due worth, even though it was mainly a clip and paste (copied today in the Spectrum section of the Bangkok Post).

But it actually took the BBC’s Newsnight to actually go out and test the machines in question, something the newspapers should have done a long time ago.

The ‘Times’  so called  ‘investigation’ was less scientific but it had me chuckling. It was done I presume by the author, another former and amiable younger colleague from my Observer days, Simon de Bruxelles.

The Times man put the machine on a desk, sent someone out to buy a load of fireworks (no, probably had to go himself)  and placed them in front of the machine and when the wand did not move,  concluded the experiment!  That’s what happens when you are reporting from the office and working to today’s newspaper budgets.

Television runs away with the story. Well not quite. The newspaper thundered ‘Bomb detectors banned after Times expose!’  So thank you, NPR, Newsnight,  ‘The Times’ or rather New York Times,  comic magician James Randi, and especially the author of  www.sniffexquestions.blogspot.com , of whom the latter two have beaten all us journalists hands down!

Thailand’s problem at the moment is not so much its usual inability to get things done quickly, but more the reasons why? There are people who want nothing done.

Sure let the Thai scientists probe the GT 200, but give it to the British government to test too, or maybe even BBC Newsnight, who took it to a Cambridge University professor. Actually if some-one sends any of us a GT 200 ‘substance detection card’ thanks to Dr. Markus, we could detect within a few minutes if it’s not going to work!

And if the GT-200s are proved to be equally duff, heads should of course roll. But that’s not the most important thing.  The GT 200s  should be taken off the streets now. Should they not?

But then again I guess the buzz has gotten around and no soldier will be staking his life on these machines in the future, rather they will adopt the Thai attitude and just salute and wave happily,  do  a thumbs up when the generals pass, and then  put the GT-200s back in the lockers.

Meanwhile of course once they have dealt with the GT-200, the military will have to deal with the Sniffex Pluses, and the Ministry of Interior and Police will have to deal with the Alpha 6’s.  The only thing that can save the day for them is a typical Thai court ‘flat earth’ judgment…not possible if this gets too much publicity outside Thailand.
The Provincial Governors of Thailand have been holding press conferences boasting of the Alpha’s prowess in drugs detection. Minister of Interior Chavarat Charnvirakul is promoting the machines in his ‘Clean and Seal for the Nation’ campaign to eradicate drugs ( I thought they could have fitted in a rhyming ‘heal’ into their slogan as well). Anyway the Interior Ministry got their Alphas at a snip – Bt550,000 each while the Ministry of Defence bought the GT-200 for Bt 770,000 each.

If  one of these machines  points at me and policeman says ‘Se-top!, my hands are going to go up like a flash, because no doubt I will have been identifed as a ‘crack’ or ‘ice’ hood,  and Thai police have yet to be disarmed and they can shoot quicker than they can, well, read an Alpha 6…well at least thats what the relatives of victims of a previous PM’s drug war will say.

Finally a message for those operating ‘magic wands’: ‘It’ll be your fault!’.  In every known case where these machines  have been blamed for deaths and injuries, the manufacturers and military put it down to to ‘operator failure’.

PS: For those who did not see the BBC Newsnight test on the ADE651 card here is the link