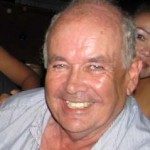 British child protection police arrived in the Cambodian
capital Phnom Penh today to help surpervise an investigation into the
activities of 66-yr-old David Fletcher, who ran a charity for children
on a city garbage dump.
Two officers from CEOP -the  Child Exploitation and Online
Protection   centre- arrived in the capital and will work together with
Cambodian Police and child protection agencies.
A number of young girls at the Stung Meanchey Srey garbage dump, where
Fletcher handed out food, and held guided tours for tourists, will be
interviewed.
CEOP are also to interview a woman in Britain who came forward after
Fletcher was exposed as the same man who was convicted in 1997 at
Norwich Crown Court and jailed for 18 months for abusing a 15-yr-old.
The woman claims she was drugged, blackmailed and photographed and raped
by Fletcher when she was 15 and has suffered trauma ever since.
A spokesman for CEOP said: ‘We cannot comment on current enquiries
other than to confirm we have sent two officers to assist with enquiries
in Cambodia’.
Fletcher fled Cambodia after our story but was monitored as he entered
Thailand. He is now being held at the Immigration Detention Centre in
Bangkok after Thailand recently enacted existing legislation and
arrested him in a Bangkok guest house*. His deportation is on hold while
investigatons continue in both countries.
*Thailand’s Immigration Act actually contains a clause requiring all
persons with previous convictions to declare them to Immigration. The
clause has always been ignored but was used for the deportation of Gary
Robcoy three weeks ago.  Robcoy who had convictions for child abuse was
found teaching in a Bangkok school.