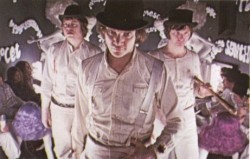 Scotland Yard confirmed today that they have conducted tests on a British couple who say they were subjected to a horrifying gang rape in Thailand and planned to co-operate with a Thai police investigation into the incident.

The couple who fled back to London feeling that Thai police were botching their own investigation have given video statements  and undergone extensive forensic analysis ,  at the hands of a Metropolitan police ‘Sapphire Project’ team.

They are now receiving counseling at ‘The Haven’, the Met Police, Barts and NHS Sexual Offences Referral unit at the Royal London Hospital in Whitechapel – after a seemingly horrific ‘Clockwork Orange’ style attack on them on the Thai holiday Island of Koh Chang last month.

Known by the names ‘Richard’ and ‘Susan’ they claimed the rapes happened when they must have invited other fellow tourists, a girl and two men, they had met at a beach bar to their holiday bungalow to continue to drink and listen to music in their room.  The couple cannot actually recall inviting anyone back and say it would have been out of character.

Susan, 31, said she recalled that the English girl requested she put on the song ‘It’s getting hot in here, so please take off your clothes’, by Nelly.  But she could not work her laptop anymore and must have passed out in the process of looking for it.

When they went to the local hospital on Koh Chang, a doctor called police on their behalf. He said that the couple had symptoms of having been administered the drug Dormicon.

Dormicon is a generic of midzolam which has been used in the United States to give to prisoners on death row to relax them shortly before execution.  It’s also used as a pre-op drug in hospitals. It can affect people in different ways.

At Koh Chang’s International Clinic Dr. Roongtham Charentantanakul who counseled them said: ‘We have had other cases like this, but this is the first case that I have heard of where foreigners have given such a drug to other foreigners.

‘These cases are very difficult to deal with.  These drugs have two main affects, one is hypnotic and the other is retrograde amnesia.  That means the victims can fully co-operate with their attackers and then afterwards forget all about it or only have partial recall. In one case, he said,  a woman was actually injected on a dance floor. She felt it something in her upper arm when it happened and looked around, but as she was a little bit drunk, she just carried on dancing.

‘There are unscrupulous drug store owners in Thailand who will sell these sorts of drugs over the counter.

‘But unless the couple are treated and tested immediately traces of the drugs disappear from the body within 12 hours.  In that case all the evidence police will get is that they actually co-operated.’

Susan however said today: ‘We have been told by Scotland Yard forensics officers that it is possible that they can find a trace of the drug, and of sexual assault.  We have both been given full tests and those have shown I have been assaulted, although because of the time frame some things have healed.

We will have to wait for further tests of hair roots as they try and identify the drug’s make-up.’
Richard and Susan had just spent 11 months on a round the world and decided to spend the last week of a ‘truly wonderful experience’ chilling out on the beach at Koh Chang, an island just off Cambodia.

On November 18th they said they went to the popular ‘Sabay’ beach and music bar on Haad Sai Kao (White Sands Beach) Koh Chang to watch a fire show and dance and listen to the band.

There they met three Frenchman and an English girl and spent much of the evening in their company.
When the bar closed the couple, the English girl, and two of the Frenchmen, went back to their bungalow at White Sands Garden situated up a hill in a rubber plantation. They were later joined by the third Frenchman. Shortly afterwards both Richard and Susan say they lost consciousness.

Said Richard: ‘The police acted as if they did not believe our story. They did not take any DNA evidence from the room, but it was clear the bed cover was heavily stained and there were marks on the window where my face had been pressed against it.

‘I woke up in a foetal position outside our bungalow room. These men were laughing as they left. They boasted about what they had done. I believe the English girl was used to give us a feeling of re-assurance, and in fact we were targeted from the point we met this group.

‘We left Thailand because we were unhappy with the investigation and we took the bedclothes with us. But it has always been my intention to go back and I have told the Embassy to tell the police I will.  What these people did was barbaric.’

From their own enquiries the couple has established details of two of the four people and have information about the third man.  One of them has since removed his ‘Facebook’ page, a second is the son of a wealthy businessman and is known for his martial arts. They believe they have found an internet photograph of the third man.

At the island’s police station Inspector Sibayot Chittiyakul said: ‘ We are taking this seriously, but we need witnesses.  The safety of tourists is important to us. But the couple have to understand we have procedures to follow and the first thing is to get their full statements.

‘We have names and identities and are monitoring the case, one of whom has a Thai address. But we cannot make an arrest until the man completes his statement.’

The Thai owner of the White Sands Garden who asked not to be named said however the group all arrived back in the early hours on November 19th and seemed to be enjoying themselves.

‘The English man later apologized in the morning for all the noise. Foreigners like to party. That is all it seemed to us.’

A spokesman for Scotland Yard said: ‘We can confirm that an SCD2 Team (Special Crime Directorate 2 – Sapphire Project) from Kingston have been assisting the Thai authorities in reference to allegations of rape.’ The spokesman added as it was a Thai investigation the matter would have to go through the appropriate channels.

Rape scene from ‘A Clockwork Orange’

The 70s cult film ‘A Clockwork Orange’ directed by Stanley Kubrick and starring Malcolm McDowell is best remembered for a scene in which a gang of delinquents known as the ‘Droogs’ who get high on senseless violence  and rape a woman in front of her author husband. The anti-hero, Alex, is later treated with drugs by the state so that he suffers extreme nausea at the very thought of violence and sexual activity and is released into society where he becomes a victim.

‘There have been a number of incidents where tourists have had their drinks drugged (in both tourist areas and red light districts). You should be careful about taking drinks from strangers and be wary at clubs and parties, particularly in the Koh Samui area and at the Full Moon party on Phangan Island where incidences of date rape have been reported. A number of British nationals have suffered severe psychiatric problems because of drug use, in a small number of cases resulting in suicide.

We receive occasional reports of tourists who have been robbed after bringing visitors to their hotel rooms. In some cases their drinks were drugged. Ensure that your passport and wallet are secure at all times.

We continue to receive reports of sexual offences committed against foreign women and men. In 2007 our Consular staff were aware of a number of British nationals who were the victim of a serious sexual offence in Thailand. In January 2006, three British women were raped in separate incidents in Thailand, including one who was murdered.

Female travellers in particular should maintain a high state of personal awareness during their time in Thailand. Be aware that alcohol and drugs can lead to you being less alert, less in control and less aware of your environment. If you are going to drink, know your limit. Remember that drinks served in bars overseas are often stronger than those in the UK. Reports of sexual assaults against women have become particularly prevalent in the Koh Samui archipelago. Women travellers are, therefore, advised to take particular care over their personal security whilst staying in this area. For more guidance about this see our Rape and sexual assault overseas page.