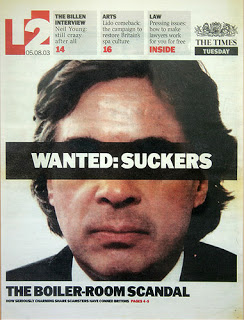 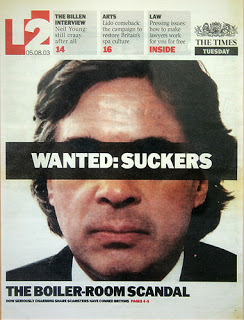 The Australian Crime Commission has today been blowing its trumpet a little bit, but wisely not too much, in claiming credit for the closure of a ‘boiler room’ in Bangkok in April this year.

So what happened in that case? Well the ‘cold callers’ among whom were some nine Australians were summarily dealt with for working illegally and deported.

The bosses were not touched.  At least for criminality though they may well have been touched for something else. The ‘room manager’ a Brit was also held for working illegally.

The ACC does not tell us the final upshot. That’s because there will be little to tell.

Each time the boiler rooms are raided the local authorities come out with the standard line. They cannot do much legally. The victims are abroad. The crime is abroad.

The raid in question was in Ploenchit. Another boiler room was raided off Sukhumvit about the same time. Same scenario. The boiler room boss was hopping mad because the police had dared to call on his private address, he said, and demanded a payment.

He thought everything was taken care of.

It pisses off the boiler room boys, because they have to start a new room and create a new product to sell. But that only takes weeks.  Some can do it in days.

The best they can do is to warn citizens not to get involved in any sort of share dealing with cold callers.
The boiler room bosses are doing fine though. They own a significant percentage of Bangkok’s foreign orientated night life.