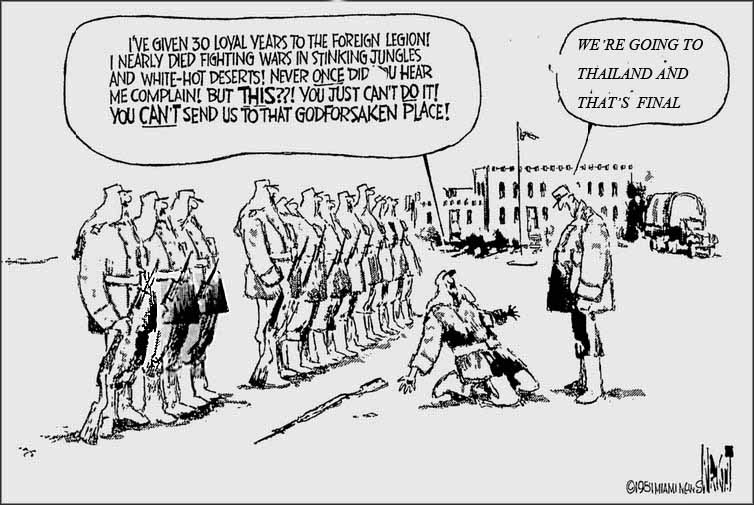 AND HAVE THE DEATHS OF TOURISTS NOW TIPPED THE BALANCE?

The news that tourist deaths in Thailand have risen 54 per cent in a year is perhaps surprising. But more surprising is the fact that the fact that the statistics were released.
They came from the Bureau of Prevention and Assistance in Tourist Fraud an organisation I have never ever heard of,  but one I know which is certainly not recommended by the Thai police as somewhere to go when tourists are defrauded. 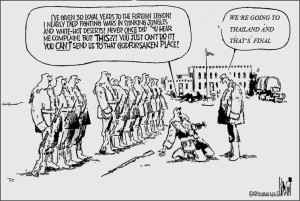 “In the past, we did not deal with the root causes of the tourist safety problem. From now on, we will look at the issue and address it seriously.”

I am not sure the Ministry of Tourism can do much about this as  most of this issue appears to be in the sphere of the Royal Thai Police, whose time could perhaps be spent less on booking elderly foreigners for playing bridge.

According to the figures the main cause of death was road accidents (34)  Swimming and boating accidents claimed nine lives, congenital disease six, suicides four, and other causes 30. 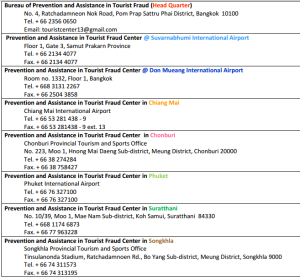 I am also not sure how these figures are compiled; possibly the same way in which the murder rate is – significantly haphazardly when they are actually put together.

These statistics showed only 83 foreign deaths while Australia’s Department of Foreign Affairs and Trade reported 109 deaths of Australians alone in Thailand between July 2014 and July 2015.

Tourist buses still overtake on blind bends, boats still sink without enough life rafts and as for other causes we can but take a guess, but murder is certainly in there.

Actually warnings like this are nothing new in the media. Remember this in the Daily Mail. This was shortly after the Koh Tao murders.

Two other mystery deaths are still causing concern in the UK or at least the families and friends are s determined not let the issues go away. 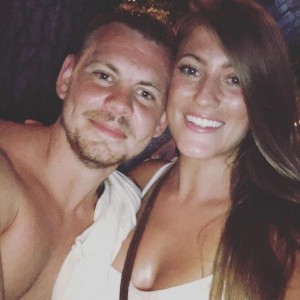 The first of course is the drowning of Luke Miller, from Newport, Isle of Wight, in the  pool of the Sunset bar in Koh Tao.

Thai police put that one down to the fact that he drowned while intoxicated and the external injuries on his body were due to the barbed wire of the DJ booth by the pool which he must have climbed up.
His body was found in the pool in the morning. But a witness, a cleaner appears to have claimed it was not there an hour and a half earlier.

(It may or may not be significant but a friend of Montriwat Tuwichian, the brother of the ‘head man’ at Sairee Beach where Hannah Witheridge and David Miller were murdered was taking photographs as Luke’s holiday companions Nichola and James Gissing were trying to quiz local police.)
The second case is that of Liam Whitaker who died while in custody of police in the Khaosan Road, Bangkok. Prior to his death his colleague Paul Meredrew had been led on the usual route to the ATM machine to get cash, as at least 400,000 baht was needed in relation to drugs possession. Liam had bought off a tuk tuk driver and was arrested within minutes.
Meredrew described police and their efforts to extort money as ‘gangsters’.
Thai Police said he committed suicide – but the coroner in Cornwell refused to confirm that judgment, due of course to lack of police evidence and the odd circumstances prior to his death. The fuller story is here.
In both cases the bodies of Luke Miller and Liam Whitaker were embalmed in such a way that it was impossible to carry out full and proper post mortems in the UK.
In both the Whitaker case the toxicology part of the post mortem was incomplete, and in the Miller case the forensics report has still not been completed. In the Koh Tao case of course everything including the DNA tests were done and dusted in a day.
Liam’s mother has joined the chorus of families and relatives wishing to spread the word warning people about taking holidays in Thailand. She posted the following on the Justice for Luke, Facebook page. 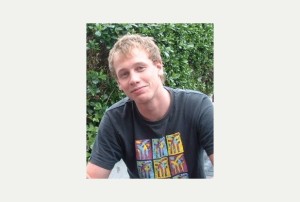 “This is our dear son Liam. He too went on holiday to Thailand. He & we as a family were unaware of the dangers there. Cornwall is so far removed in lifestyle!

I didn`t want him to go to Bangkok but had NO idea about the way the Thai Police treat tourists there. He fell into a trap (which some will say was his own fault) which should never exist (tuk tuk drug scam).

It is entrapment by the corrupt Thai Police Force for bribe money. The way in which his death happened is suspicious & the way which it was dealt with appalling. Life in Thailand is so cheap. Young people are sold (very cheaply by western standards) alcohol by the bucketful & drugs are so freely available to buy (although illegal, it may not seem that way).

The Thais want to take these young people`s money but do not then like it when they (the young people) become noisy & behave irresponsibly! It is all about the money whether it be alcohol, drugs, or hiring a moped or Jet Ski, whatever & you may pay with your life. The fact that these deaths are then routinely covered up & dealt with so badly is very very wrong.
We miss Liam every single minute of every single day, as I know you miss Luke, & always will. I am sorry for your loss; sorry that another family will go through this heartache.
I wish we had known what can & does happen out there & so we support wholeheartedly the campaign to raise awareness.”

This will not do a lot of damage to the tourist industry that the military coup has not already done. (It certainly will not stop the tourists who have their own reasons to go to Pattaya and Phuket.)

Westerners have been replaced by the Chinese as the main tourist to the country now – and China has much more clout over Thailand than the west has had for some 30 years.

Having covered most murders of Britons in Thailand since 2000 I had always wondered that these had had no effect on the way people thought. Tourist figures went up and up. Now however, especially since the Koh Tao debacle, there is an awareness at least that Thailand is a country where you do not want to lose your wits. Unfortunately that’s what a lot of people want to do on holiday.